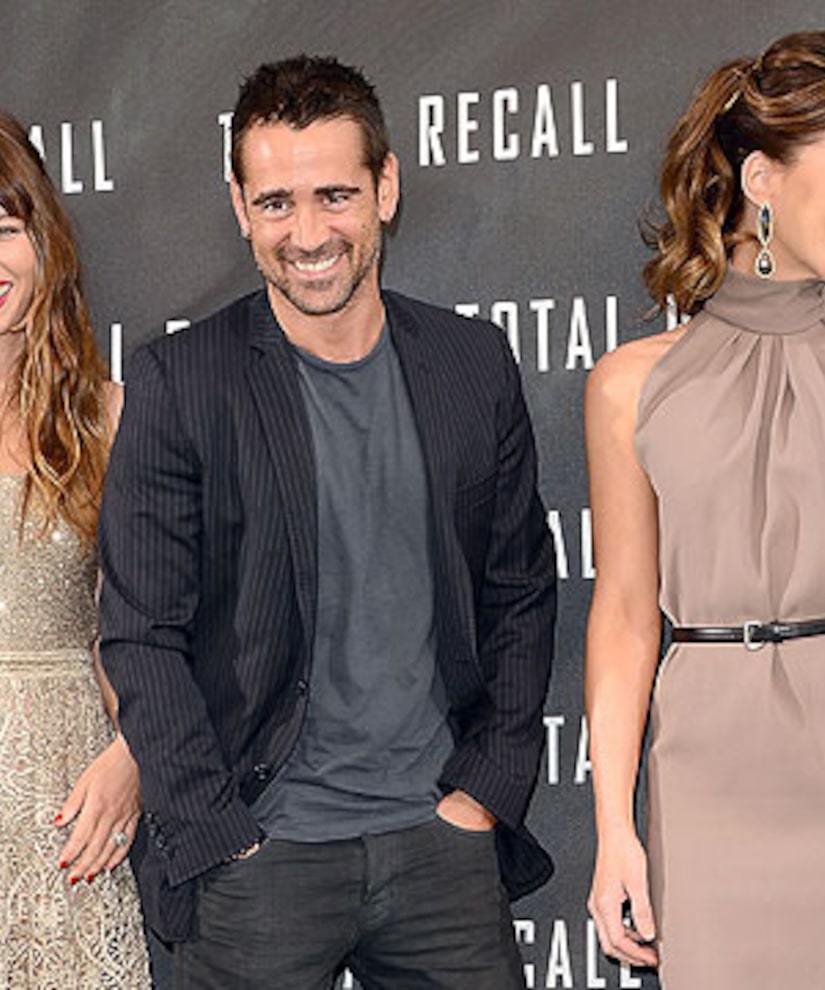 “Extra’s” Ben Lyons sat down with the cast of “Total Recall,” including newly engaged Jessica Biel, who admitted she really hasn’t started planning her wedding to Justin Timberlake, but when she does, she’ll try to be prepared.

Biel laughed, “What everyone has told me is... things just go wrong, so you just have to be cool about everything. I'm sure when and if it ever happens, I will freak out about something as everybody probably does.”

The action star did confess she and “Recall” co-star Kate Beckinsale were very apologetic to one another in their major fight sequence. “I think all the outtakes that we have are literally Kate and I apologizing to each other… if we grazed each other's hair, or if I touched her on the shoulder.”

Beckinsale told Lyons she relished playing the villain in the action thriller reboot. “I loved her because she's unhinged and she's extreme.” Why is being bad so fun? Kate smiled, “I don't know... because we're pretending to be nice all the rest of the time?”

For his part, Colin Farrell gets a kick out the fact people think he can play the same characters as Arnold Schwarzenegger. “I get off on that every single day, man.”

Remember “Total Recall” is in theaters this Friday.