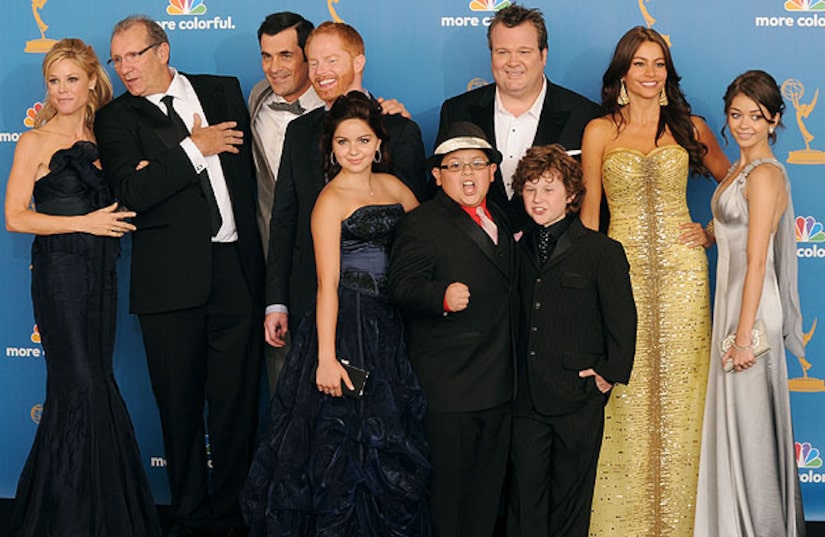 The cast of “Modern Family” has reached a contract agreement with 20th Century Fox, after a week of heated salary negotiations that led to a lawsuit.

According to sources close to the negotiations, cast members Julie Bowen, Ty Burrell, Jesse Tyler Ferguson, Eric Stonestreet and Sofia Vergara will see an increase from $65,000 per episode to slightly more than the $150,000 for the upcoming fourth season, reports Hollywood Reporter.

Sources told the Reporter the five stars will receive a small cut of the show's back-end profits and that their salaries should increase to about $350,000 per episode in the show's eighth season.

Since the “Family” gang now has their salary bumps, they have also agreed to add one more year to their seven-year contract, thus dropping their lawsuit against the studio.

Ed O'Neill, who was making much more than the rest of his co-workers, will now be more in line with the others, but he will receive significantly more in back-end participation.

"It's no surprise, but I'm of course thrilled and I cannot wait to get on stage Monday morning and start making the show again," co-creator Steve Levitan told the Hollywood Reporter. "It'll feel great, I'm sure everybody is going to be very relieved and I hope that it's the beginning of a great season. I feel really good about it. I'm very happy for my friends on the cast for their success, I really am."