Jackson family matriarch Katherine Jackson is finally home with her grandkids, but the family feud continues.

Katherine released a video statement, shot in Arizona before she left to return home, in which she insists she has not been held against her will, as her children -- Janet, Jermaine and others -- hovered over her. Take a look.

Michael Jackson's daughter Paris was thankful to have her grandmother home, tweeting, "grandma's here! #thankyougod 5 hours of sleep last night, been awake for 23 ... time to #hibernate."

Her brother Prince, however, broke his silence with a very terse tweet. "I would first like to start off by thanking the fans that have always stood by me and my family, my dad really appreciated your support and I still treasure it to this day. As I am sure everyone is well aware of the events that have been going on. I have been holding off on backing up my sister and her tweets avidly because I was waiting for the time to reveal my side.

Prince continued, "As long as I can remember my dad had repeatedly warned me of certain people and their ways. Although I am happy my grandma was returned, after speaking with her I realized how misguided and how badly she was lied to. I'm really angry and hurt. 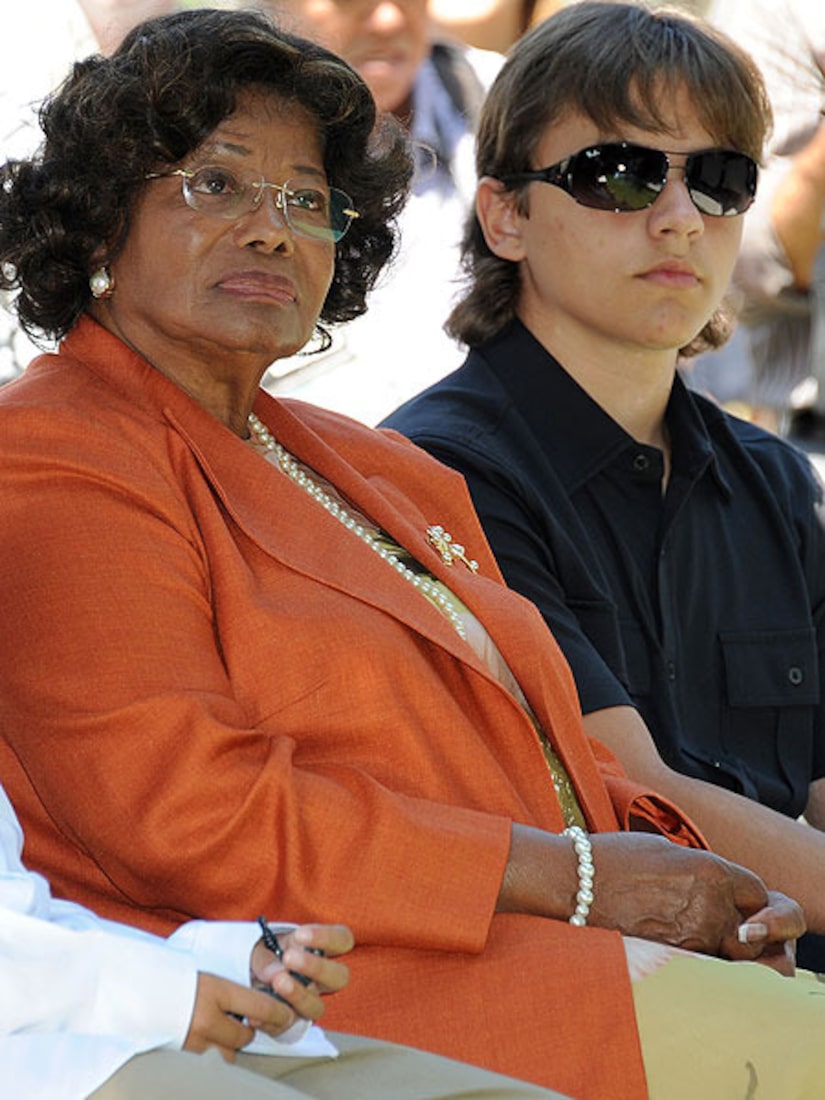 The tweet concluded, "The following image is of a group chat I had started to several family members. This group text message I had started was replied to but they didn't know that I could see the responses. For this whole time, they denied us contact to our grandmother. If you continue with your lies I will continue with the truth."

The screen grab Prince posted said, "This is enough so I am texting you for the simple fact that WE DEMAND TO SPEAK TO MY GRANDMA NOW!!!,” with Janet Jackson's response, “Don't let them pls.”

The posts have since been deleted.

On Wednesday, T.J. Jackson, Michael's nephew and Tito Jackson's 34-year-old son, was appointed temporary guardian of the three kids after Paris and Prince consented to being in T.J.'s custody in the absence of their grandmother.

T.J. has filed a request to be named permanent guardian.