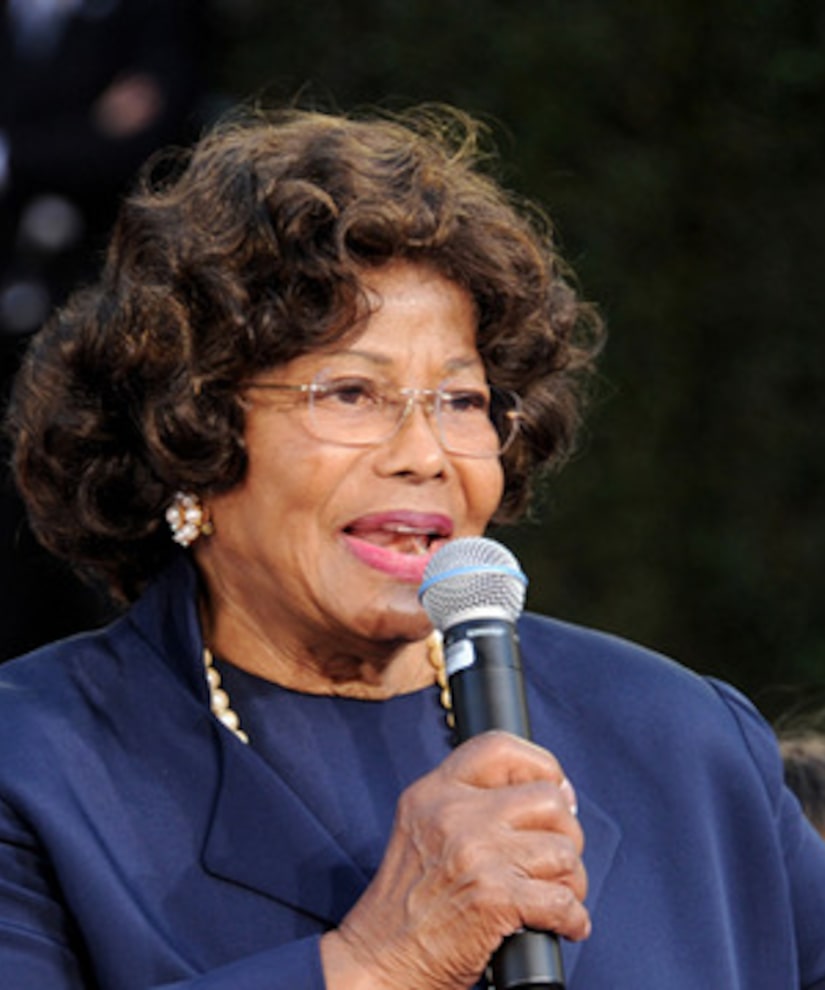 Michael Jackson's mother, Katherine, was reported missing over the weekend, but authorities have since confirmed that she is safe and staying with a family member in Arizona.

The mix-up began with a missing person report filed on Saturday by a family member, followed by pleas by Michael's daughter Paris on Twitter. "Yes, my grandmother is missing," The 14-year-old wrote. "i haven't spoken with her in a week i want her home now." She later offered a phone number for any tips on her grandmother's whereabouts.

Katherine, 82, had actually taken a sabbatical in Arizona with her daughter Rebbie, according to Jermaine Jackson. His mom needed a chance to “de-stress” away from the phone and computers.

"It dismays me that such an alarmist 'missing person' report has caused unnecessary anxiety among Michael's children who will understandably react to what they misunderstand, hear or are told," Jermaine wrote in a statement.

Los Angeles Sheriff's Deputy Mark Pope confirmed to the Associated Press that he had made contact with the Jackson matriarch.

Leading up to the incident, Janet, Randy, Tito, Rebbie and Jermaine were at odds with their mother over Michael's will, claiming executors of his estate were manipulating Katherine.