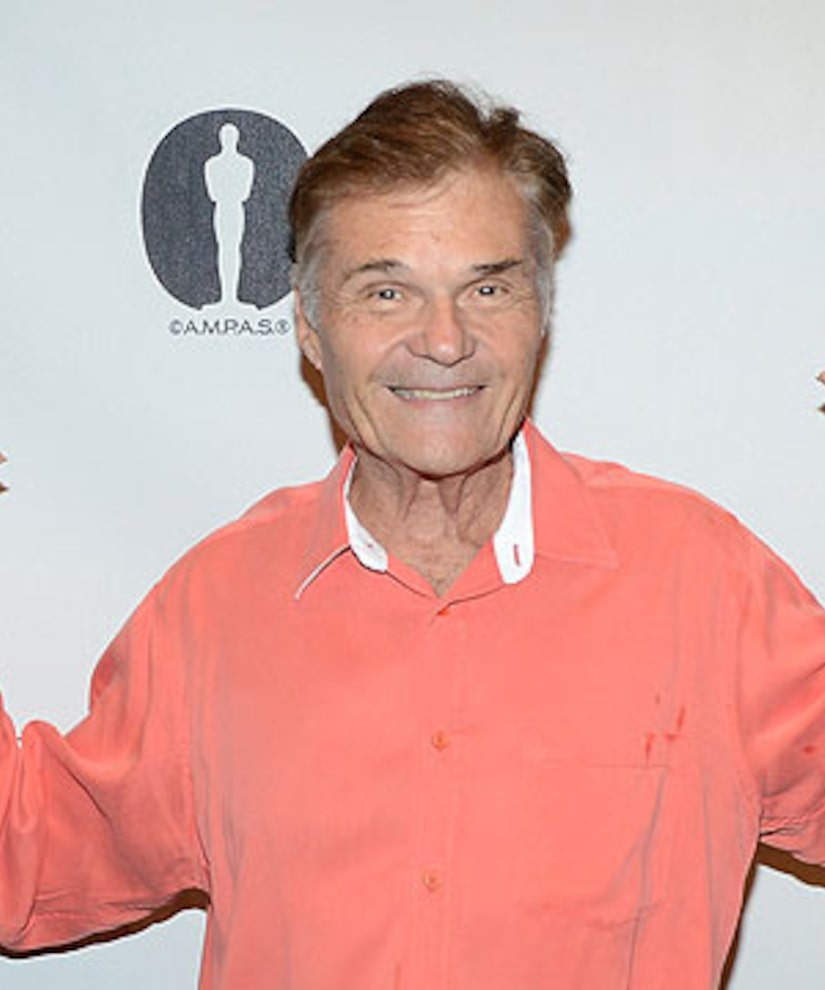 At least funnyman Fred Willard finds his arrest for suspicion of lewd conduct a little humorous.

The actor took to his Twitter account on Monday, writing, "Wait til u hear my version; much more PG. & my review, lousy film, but theater would make a terrific racquetball court. Full story 2 follow."

The “Best in Show” actor was arrested for alleged lewd behavior last Wednesday at an adult movie theater in Hollywood. His lawyer defended him after the arrest, saying, "With all due respect to the individual officer, our belief is that Fred did nothing in any violation of any law. We will be working vigorously to clear his name in this matter."

Although Willard was then fired as the narrator of the PBS show "Market Warriors,” he is still hosting the ABC show, "Trust Us with Your Life." Fred tweeted, "I was not fired from TUWYL so B sure 2 watch.”

Prosecutors said last week that Willard's case is eligible for a diversion program that will allow him to escape formal charges of lewd conduct if he completes the required courses.