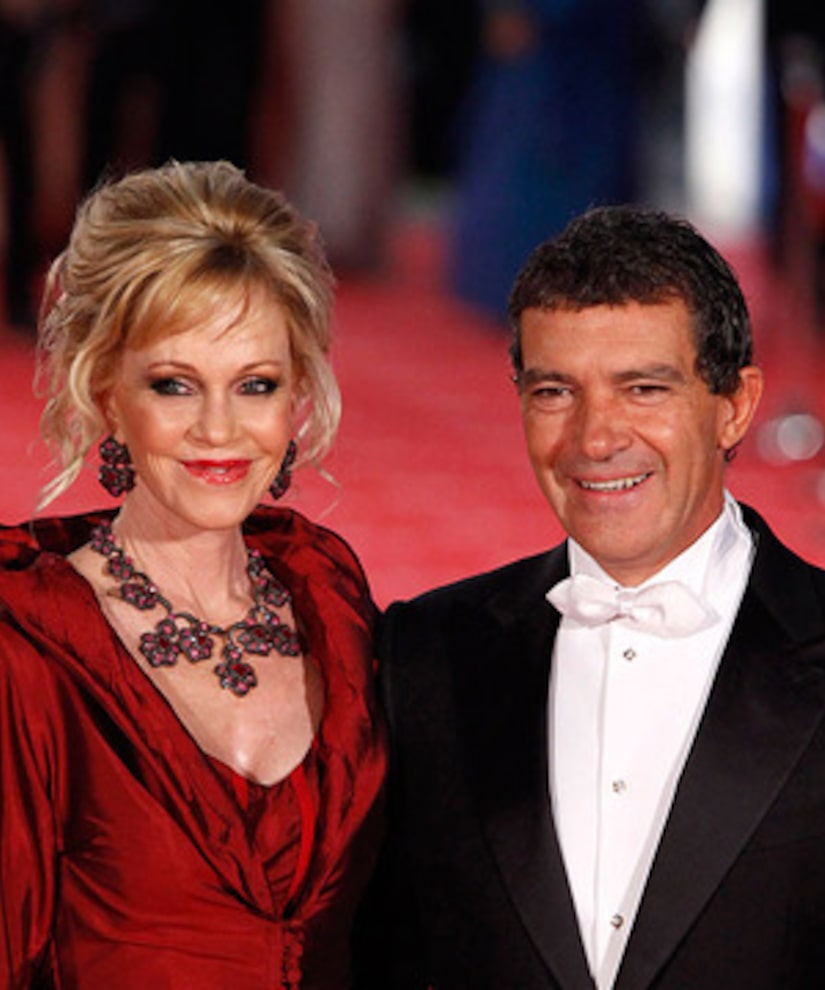 Actors Antonio Banderas and Melanie Griffith may be headed for divorce court, if the latest rumors are to be believed.

A source told RadarOnline.com, “Everyone in the family is distraught over this, but the sad fact is they’re really not in a good place. At this point, the word is that they’re literally on the brink of a divorce.”

Just as the rumors surfaced, so did a video of the 51-year-old Banderas dancing with Bollywood actress Mallika Sherawat aboard a yacht in late June while attending the Cannes Film Festival.

People.com, however, reports the two are in good shape. "They seem absolutely fine. Honestly, they seem happy," said a source who recently saw them together.

Banderas told “Extra” last October the secret to his 15-year marriage is “Love. It’s not complicated. We are also not afraid to reinvent ourselves as a couple. We are both family oriented.”