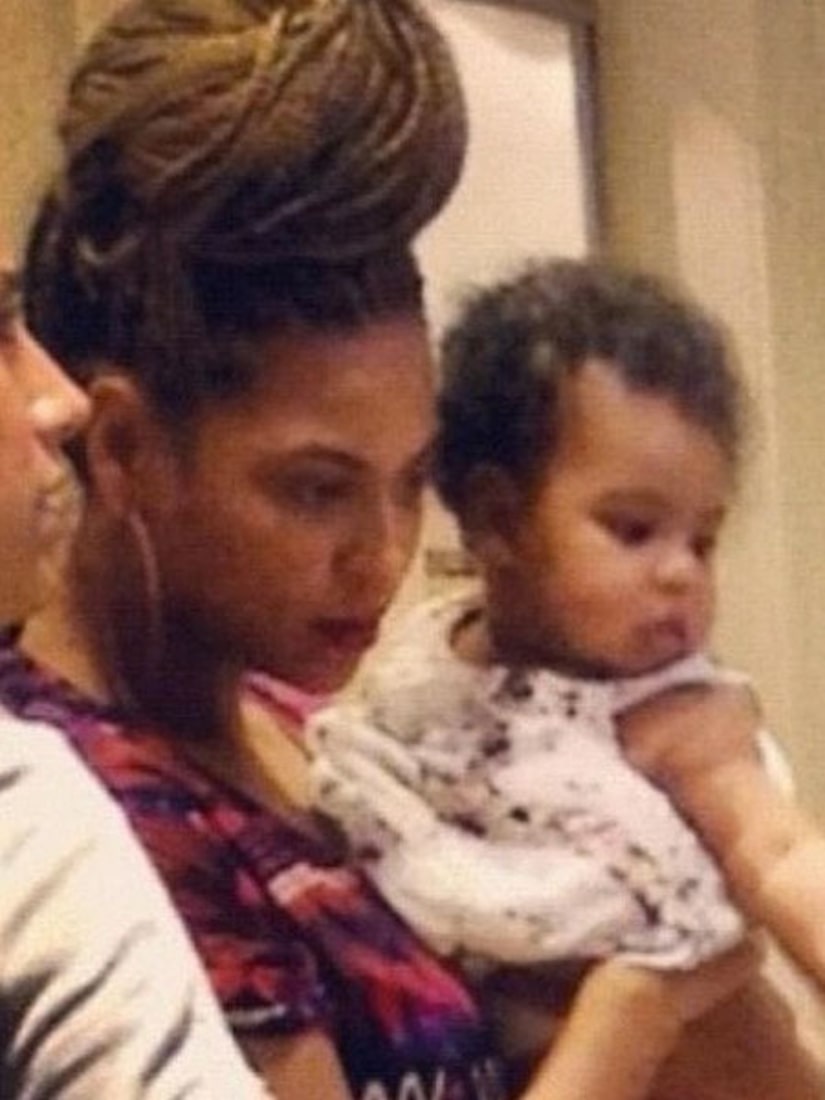 Beyonce hid baby Blue Ivy's face from paparazzi while the two were running errands in New York on Wednesday, but a fan managed to snap a pic of the too-cute tot, posting the shot on Twitter and tumblr.

Is Guy Ritchie Going to Be a Dad Again? – The Daily Mail