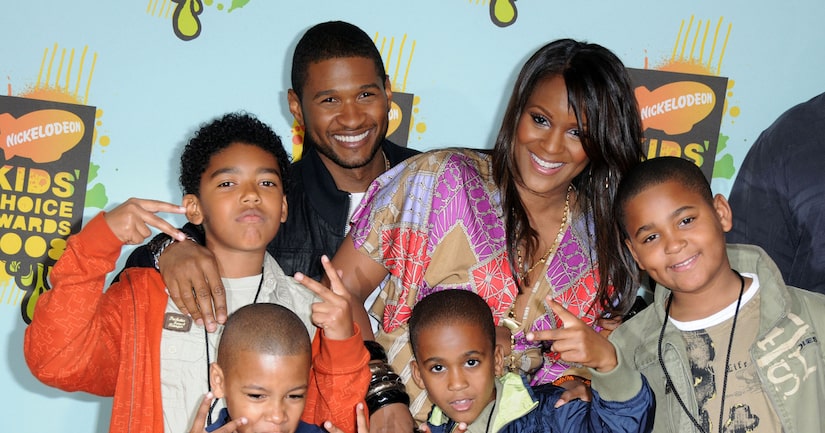 As more details emerge from the tragic water accident that has reportedly left R&B star Usher's 11-year-old stepson, Kyle Glover, brain dead, the identity of the jet ski driver has been revealed.

[Usher and Tameka Foster pictured with family at the 2008 Kids' Choice Awards; Kyle is second from left on bottom row]

The incident report, obtained by MTV News from the Georgia Department of Natural Resources, did not name the injured children, but said Jeffrey S. Hubbard was operating the watercraft in Atlanta's Lake Lanier. Hubbard turns out to be a friend of the family.

Sgt. Mike Burgamy with the Georgia Department of Natural Resources told the Daily News, “One minute the jet ski was running around, the next he ran over the top of them. It happened that quickly,” he said. “It appears the watercraft did strike both juveniles, with the male taking the brunt of the force.”

Glover has reportedly been declared brain dead by doctors, but officials have declined to speak of his condition, citing privacy issues. The second victim, a 15-year-old girl, is said to have suffered a cut on the head and a broken arm.

The boy's mother, Tameka Foster, has been by his side at Egelston Hospital since the incident. Usher arrived Saturday night. Usher and Tameka are currently going through a divorce.