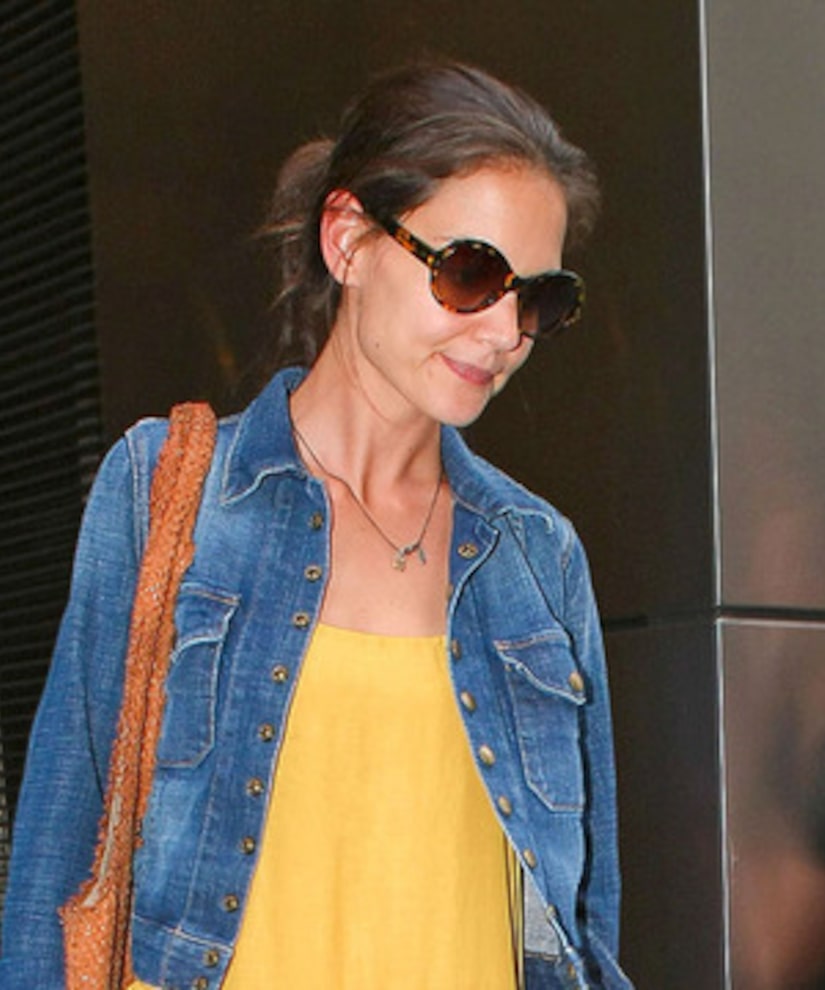 After spending the week doing fun things with daughter Suri, actress Katie Holmes was all business on Friday, spending most of the day in her lawyer's office in Manhattan to discuss the divorce from Tom Cruise.

So far Cruise has kept mum, but his attorney, Bert Fields, gave a statement this week. "Tactically we can't say where Tom will file a divorce case and if he'll be seeking joint custody of Suri," Fields told BBC News.

Fields continued, "We are letting 'the other side' (Katie and her team), play the media until they wear everyone out and then we'll have something to say.” He then added, "It's not Tom's style to do this publicly. He is really sad about what's happening."

TMZ reports the two respective legal teams for Holmes and Cruise want to move towards a full, amicable divorce settlement and that no court dates have been set at this time.

Sources told TMZ the lawyers are negotiating child custody, visitation, child support and a property settlement and said the mood has been “calm.”