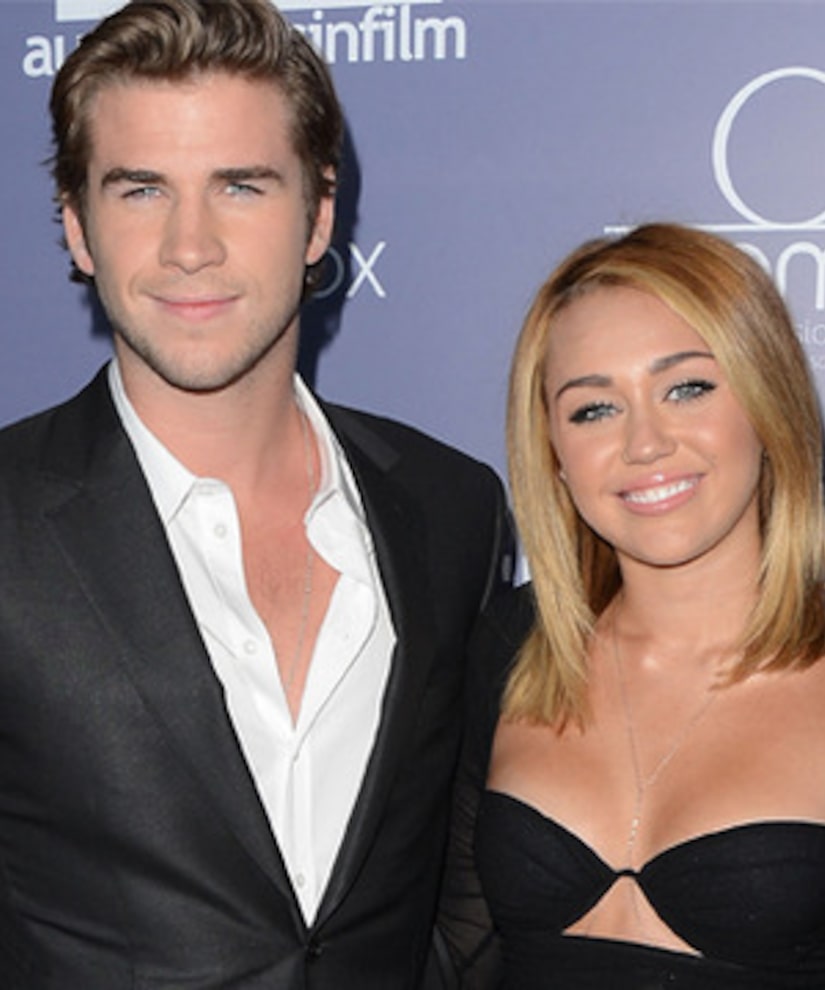 The fumble happened at the Australians in Film Awards as Hemsworth accepted a breakthrough honor and spoke about his "Last Song" audition. “I was fortunate enough to get called back in to read with my now fiancée, who I recently got engaged to… and we read together and fell in love and now we're married.”

He quickly corrected himself, saying, “We're not married yet... but we will be.”

The blogosphere has the couple tying the knot as early as this weekend. “Extra’s” Renee Bargh caught up with Liam at the event to find out more, but he remained tight-lipped about wedding plans. “It's all a secret right now,” he said.

Renee asked, “What about kids?” Liam replied, “Who knows, who knows?”