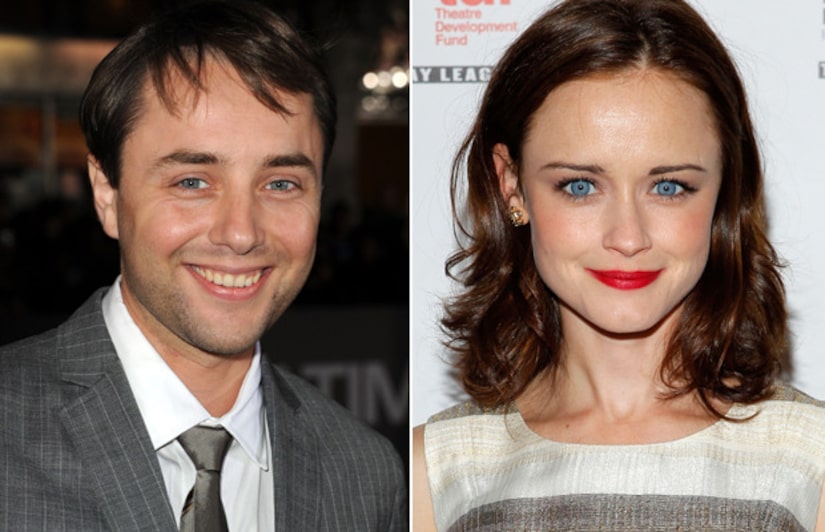 Alexis Bledel and Vincent Kartheiser have nothing to hide…in real life. The actors, who shared a steamy and forbidden romance on “Mad Men,” are dating!

Vincent, who plays sleazy ad man Pete Campbell, gave his new girlfriend a romantic kiss on a June 14 flight from NYC to L.A. Surrounding passengers couldn't miss the public smooch, since Kartheiser and Bledel were both in middle seats, one row in front of the other. The actor had to turn around for the lip lock.

"They have been dating for a few months," a source told Us Weekly. "Vincent is smart and charming. He's nothing like his character!" The 33-year-old attended his girlfriend's Off-Broadway show “Regrets” in March -- evidence of his sweet side.

Kartheiser, 33, once dated Rachael Lee Cook, while Bledel,30, had a three-year romance with her “Gilmore Girls” costar Milo Ventimiglia.