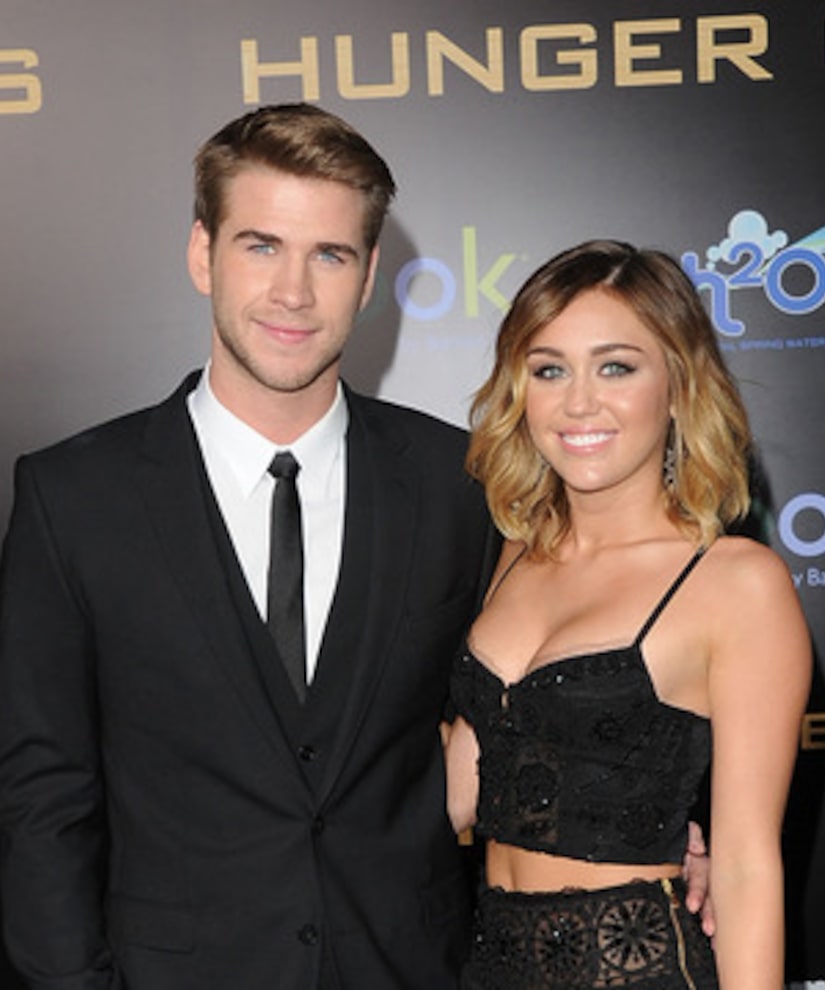 Singer Miley Cyrus and actor Liam Hemsworth are engaged! The happy couple, together for three years, co-starred in “The Last Song.”

"I'm so happy to be engaged and look forward to a life of happiness with Liam," Miley told People exclusively.

Miley’s “Hunger Games” hunk proposed on May 31 with a 3.5-carat diamond ring from jeweler Neil Lane.

The former "Hannah Montana" star, 19, was spotted Tuesday night in Los Angeles covering up her ring finger. What we did see a couple weeks ago… moving trucks at Miley’s house, It’s unclear if the two are moving in together before they say "I do."

Aside from wedding planning, the couple will definitely be busy in the coming year. Miley will be working on her new album and Liam, 22, will be filming multiple projects including, “Empire State,” “Paranoia” and the second “Hunger Games” movie.