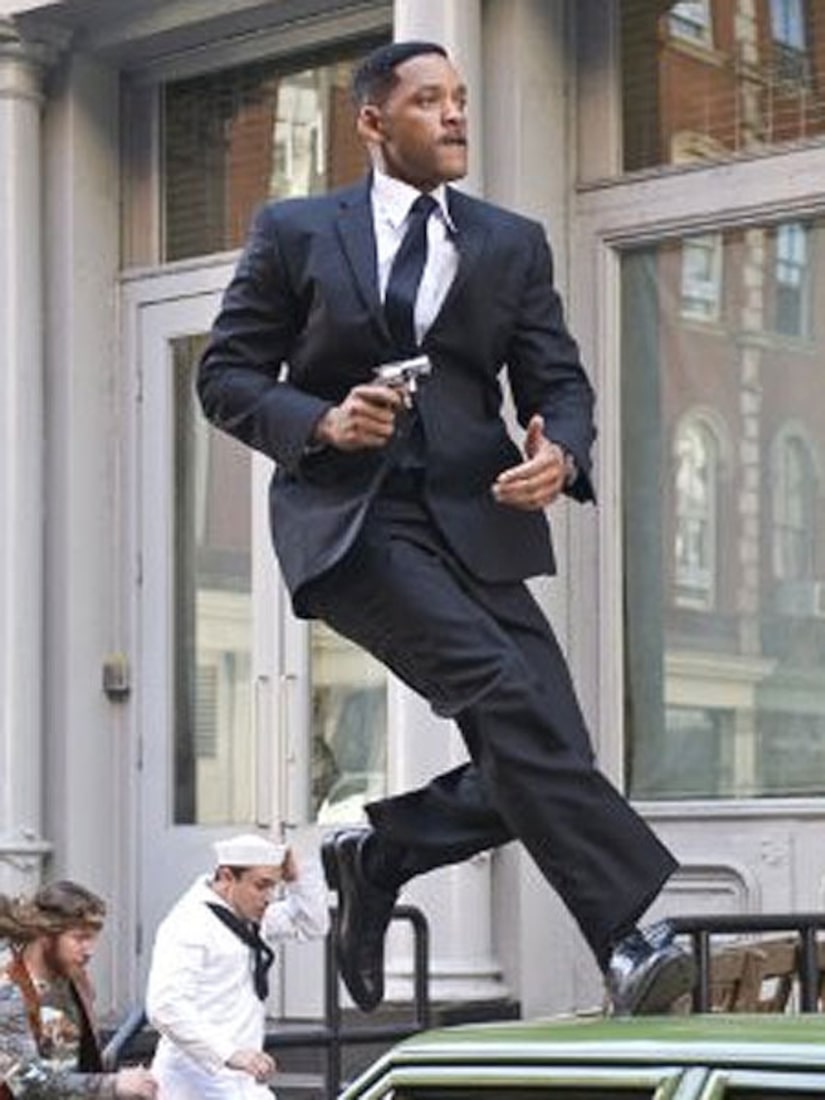 “MIB 3” took in $55 million domestically from Friday to Sunday, while “The Avengers” grossed $37 million. The comic-book epic, which has earned a total domestic cume of $514 million, has now become the fourth movie to ever top half a billion dollars.

Sony estimates that by the end of the four-day holiday weekend Monday, "Men in Black 3" will have pulled in $70 million domestically and $202 million worldwide.

"Battleship" came in third with $10.8 million, raising its domestic earnings to $44.3 million, while "The Dictator" took in $9.6 million to finish fourth in its second weekend and lift its total to $41.5 million.

Rounding out the top five was the horror flick "Chernobyl Diaries,” which opened at No. 5 with $8 million.