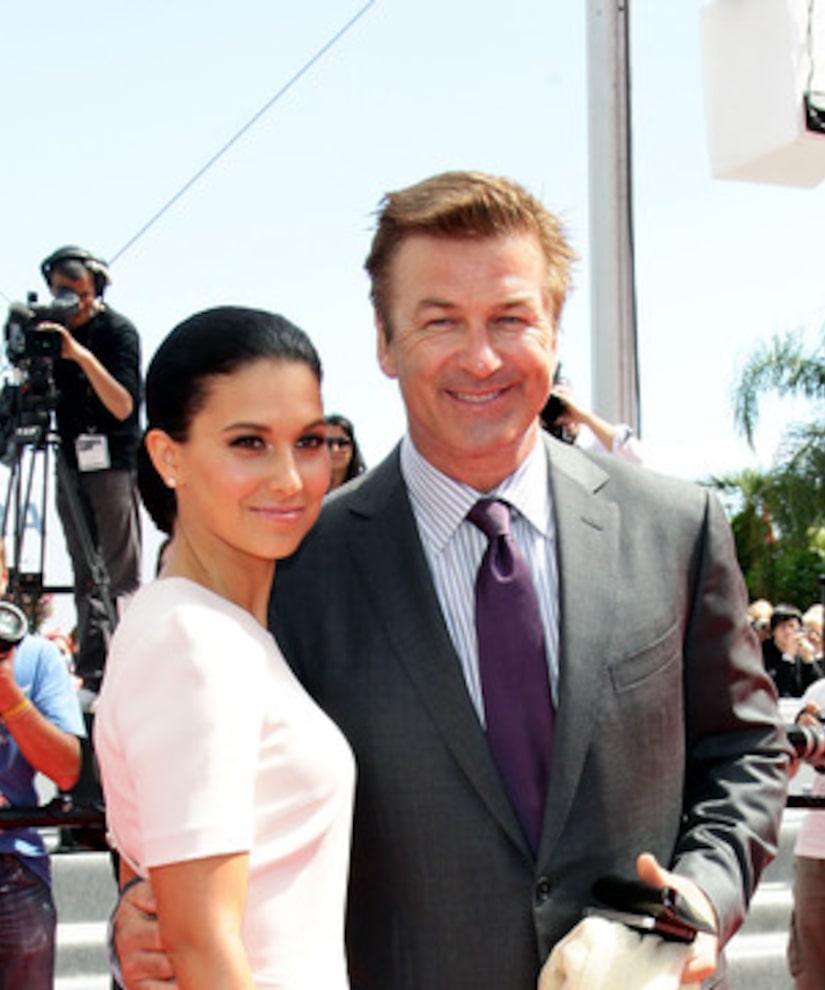 Actor Alec Baldwin and fiancée Hilaria Thomas may be planning to elope after the Cannes Film Festival comes to a close Sunday, reports Page 6 of the NY Post.

As part of Baldwin's "top secret" project, he has made arrangements to stay in Europe after he's finished shooting his political Cannes documentary, and tells sources he might be tying the knot with Thomas during their continued stay.

“They've been telling people they'll be spending time in Europe, and there's speculation they're going to get married,” says the source.

Late last month, the bride-to-be told "Extra" she "doesn't need a bachelorette" party. She also gushed about Baldwin's proposal saying her man was "very romantic… He got down on his knee, and I don't remember the rest because I started crying… See! I'm a blushing bride.”