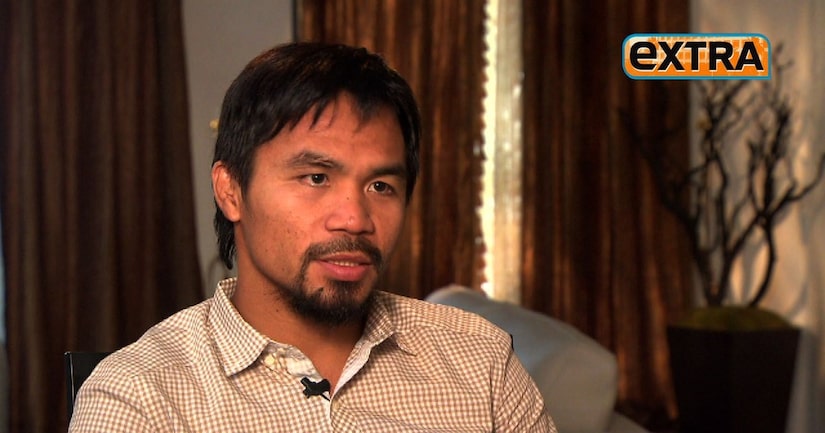 “I want to clarify that I didn’t say I wanted all gays put to death,” explained Pacquiao. “The reporter asked me a question. He said, ‘Obama is in favor of legalizing gay marriage and what’s your opinion?’ He asked me about my opinion and I told him my opinion that that I don’t agree, and I’m against same sex marriage, but I didn’t say that I’m condemning the gays because, you know, I have relatives. I have gay relatives and friends. That’s all I said to the reporter.”

What would the fighter like to say to the gay community now? “To the gay community, I apologize. I’m against same sex marriage, but I’m not condemning you. My favorite verse is ‘Love one another as you love yourself. Love your neighbor.’ So, I love everybody!”

For the complete interview with Manny Pacquiao, tune in to "Extra" on Thursday, May 17.