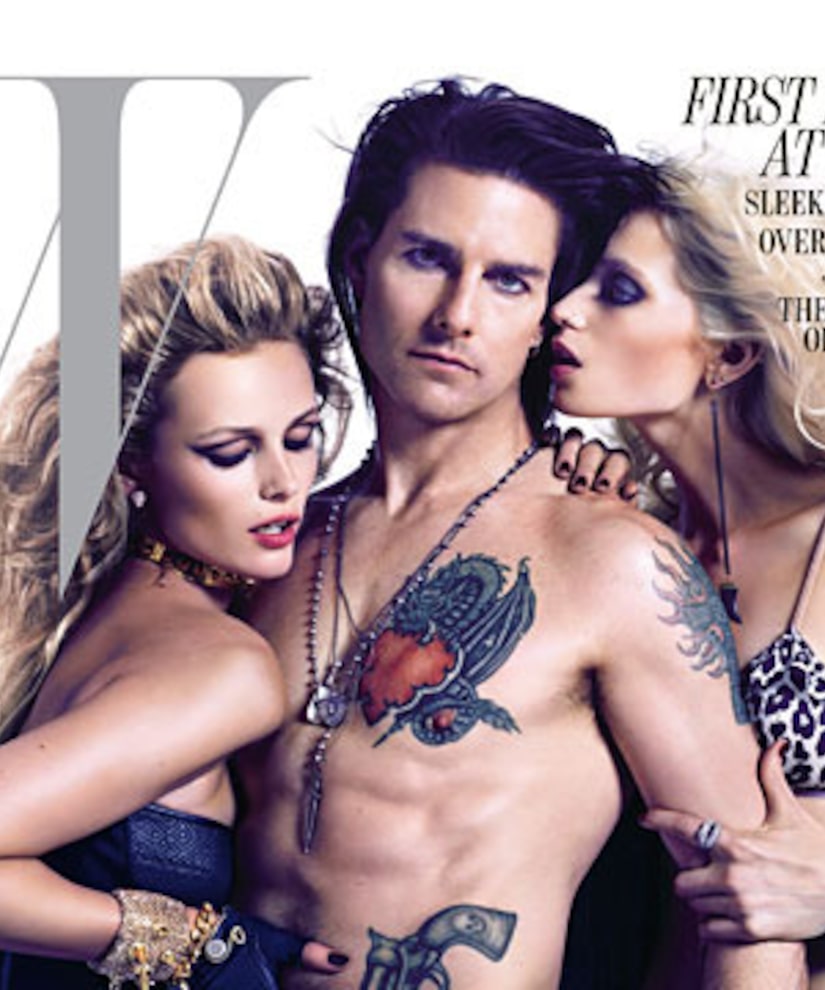 Actor Tom Cruise is gearing up for his debut as a hot rock star in “Rock of Ages,” gracing the June cover of W Magazine and talking about making the musical.

“I needed to find out if I could really sing!” Cruise told the magazine. “Ron [Anderson, formerly a vocal coach for Axl Rose] came in and worked with me. And then I had to learn how to play guitar. I'm very good at air guitar -- and air drums -- but I had never played an actual guitar.”

As a kid, did Tom sing around the house? “You know what? I did the scene from 'Risky Business' around the house. I would sing Bob Seger -- my mother worked, my sisters were out, and I'd turn the music up. I learned how to dance watching 'Soul Train.' I noticed that if a guy could dance, he'd get a lot of attention and girls would want to dance with him. I worked very hard at imitating those moves.” 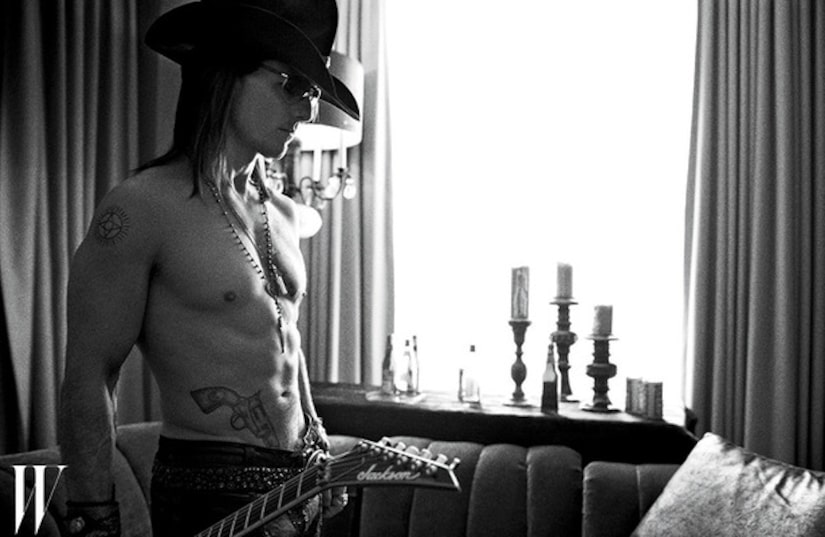 As for signing on to do “Rock of Ages,” Cruise credited wife Katie Holmes and daughter, Suri. “Kate loves musicals. She sings and dances, and we kind of went through the history of musicals together. And Suri loved 'Hairspray.' I thought Adam Shankman did a great job directing the movie, so I arranged to meet him and said, 'Where's our musical?' He came back and said, 'Rock of Ages.' We went and saw it in L.A., and for me… I didn't know how to play the character like that. I had to find my own Stacee Jaxx.”

Read the full interview and see more pics of Cruise and his tattooed abs at WMagazine.com!

Cruise also recently gave an in-depth interview with Playboy magazine -- and said this about plastic surgery. “I haven't, and I never would.”