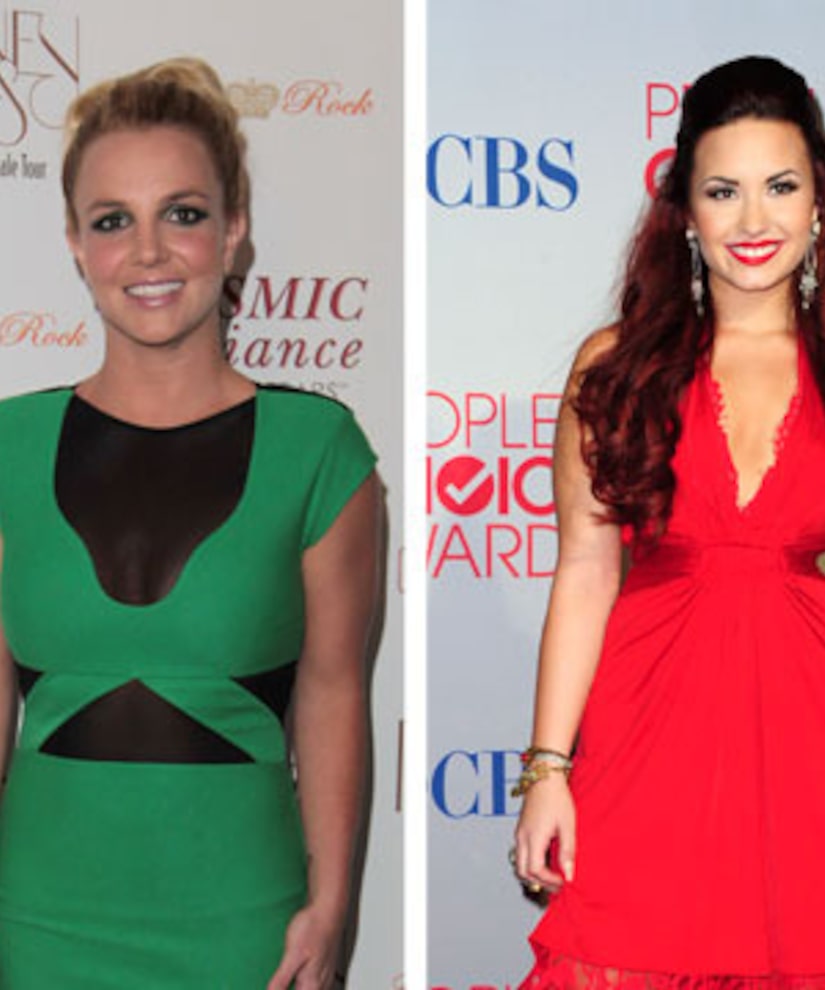 Pop superstar Britney Spears and former Disney star Demi Lovato announced at the 2012 FOX Upfronts on Monday that they will officially join as judges for "The X Factor."

After eight months of negotiations, Spears joined Simon Cowell's team of judges for a reported $15 million. Spears said at the event, “I couldn't be more excited to join THE X FACTOR judging panel. I'm a huge fan of the show and now I get to be a part of the action. Simon and L.A. better watch out!”

Lovato, rumored as a possible judge for months, was confirmed Monday by "Extra" as the show's fourth judge.

Executive producer Cowell fired judges Paula Abdul, Nicole Scherzinger and host Steve Jones at the end of the show's first season -- and has been searching for replacements ever since.

Producers also reportedly considered Mariah Carey, Janet Jackson and Pink. Whitney Houston had been under consideration just before her untimely death this past February.

Britney tweeted this picture of Simon Cowell and Demi Lovato live from the Upfronts. Let us know what you think about Demi and Britney joining "The X Factor" team?