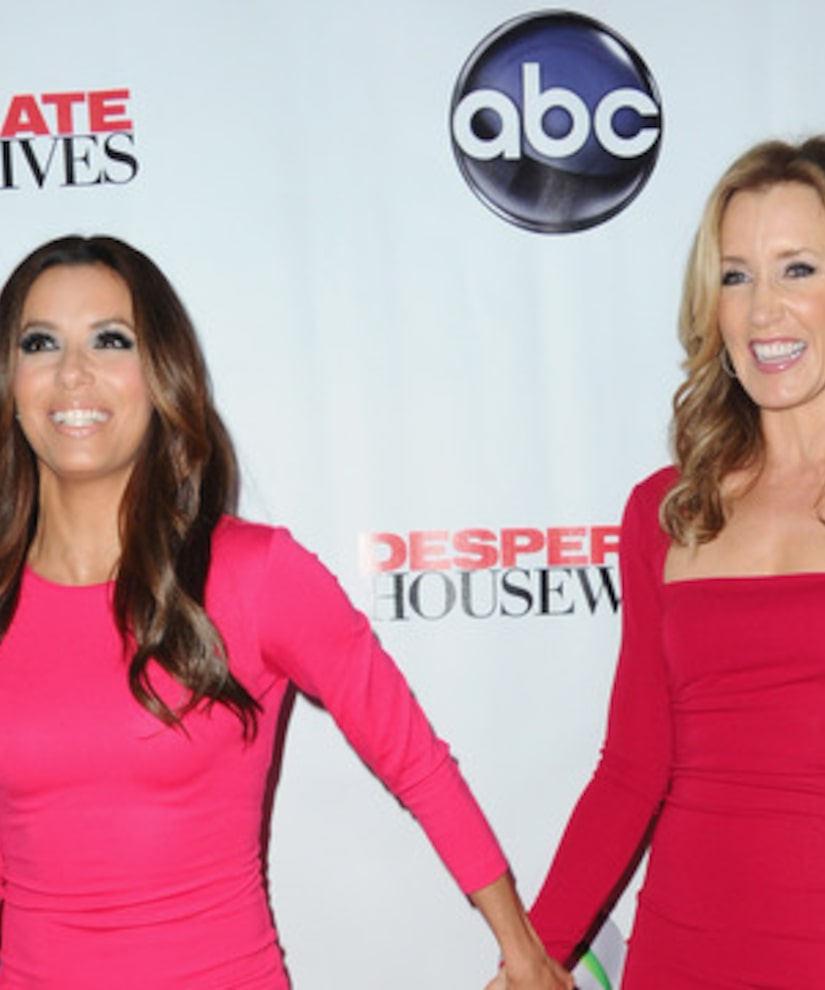 As the ABC hit series comes to a close after eight seasons, the cast of "Desperate Housewives" reminisces about their first impressions of each other, and how the show has changed their lives.

Felicity Huffman, who plays mom of four Lynette Scavo, joked of their first few script readings, "There were huge catfights, but other than that, it went really smoothly."

Eva Longoria and Marcia Cross then talked about how their first season prepped them for eight successful years. "The first season was such a whirlwind. We were always together and always tired," says Eva. Marcia chimed in, "We'd work all day, then have press at night, then we'd be up early in the morning… it was non-stop!"

The two-hour series finale of "Desperate Housewives" airs Sunday, May 13 on ABC at 9PM.

Scroll through the best quotes from all eight seasons!