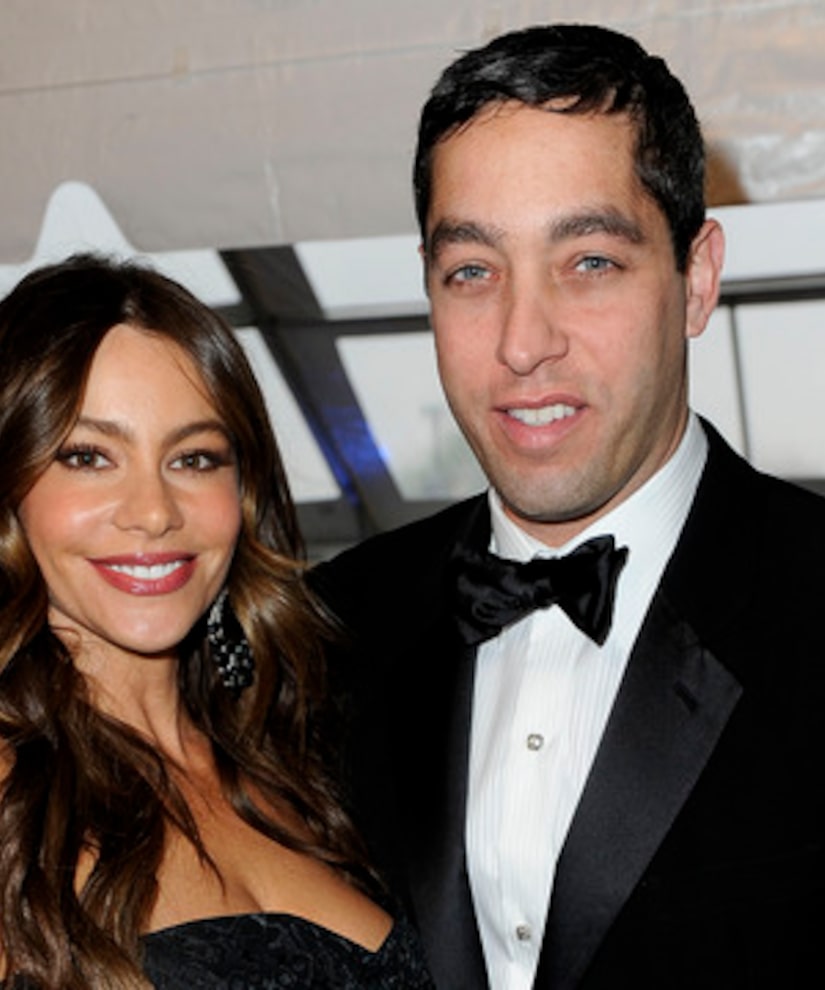 "Modern Family" star Sofia Vergara has reportedly split from her millionaire BF Nick Loeb after more than two years of dating, according to the NY Post, Page Six.

A source said the Columbian heartthrob broke up with Loeb over the weekend after a series of arguments -- and Monday night she attended the Costume Met Gala alone.

Photos from the 2012 Costume Institute Gala

"Sofia was confiding in friends at the ball that she and Nick have split. They have been fighting a lot recently and have been on the brink of splitting many times. It is not yet clear if they are over for good, but they are done as a couple for now," a source said.

Another source said the reason for their split is Sofia's growing popularity and fame as a television sex symbol.

Last month, the saucy actress was spotted with Loeb at an Upper East Side restaurant, where sources said, “She looked miserable… Sofia looked beautiful, but she did not seem happy with him at all.”

Loeb, a 36-year-old businessman, is a partner in his family's brokerage firm, sits on the board of MGM and is the son of John Loeb Jr., a former U.S. delegate to the UN. He considered running for a seat in the 2012 State Senate, but changed his mind after a nearly fatal car accident.

The couple met at a Golden Globes party in 2010.