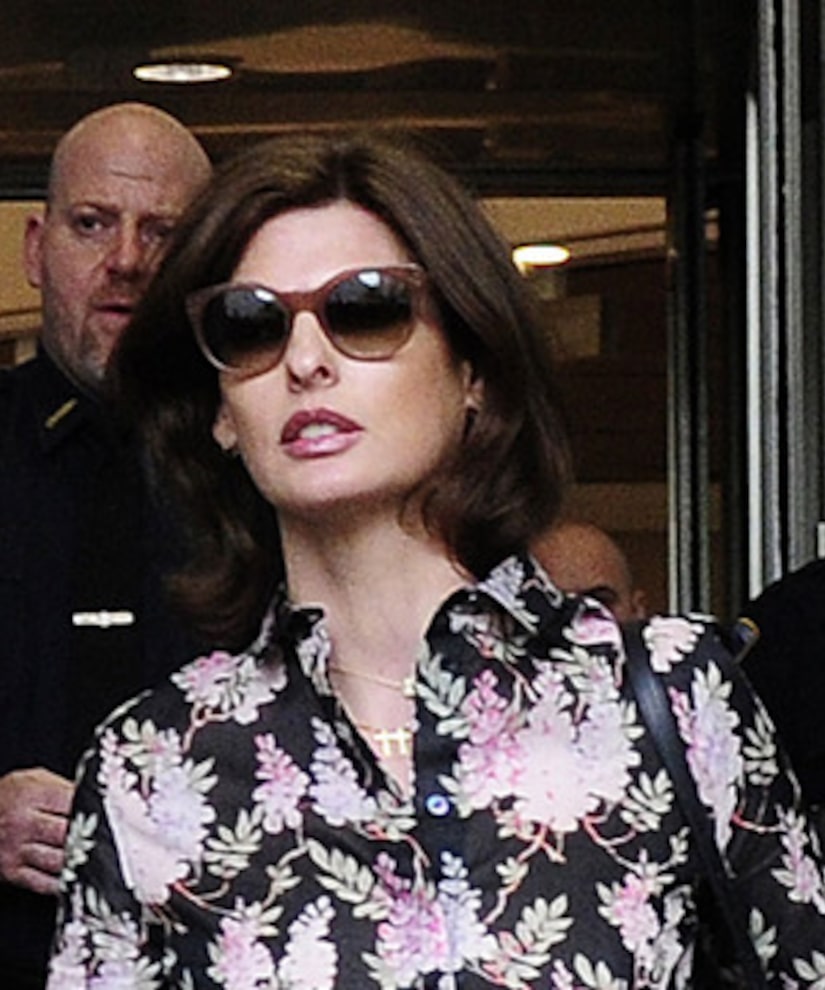 Supermodel Linda Evangelista has taken her baby daddy, Francoise-Henri Pinault, to court in order to force him to pony up $46,000 a month in child support for their 5-year-old son, Augie.

Pinault, now married to actress Salma Hayek, is saying what Evangelista really wants is "mom support,” reports the NY Post, but Linda adamantly denies this claim, saying that Augie's expenses include $15-16,000 a month for ex-NYPD detective chauffeurs, plus a 24-hour nanny at $7,000 a month.

Personal details have surfaced in court, including Evangelista's claim that after she told Pinault she was having his baby, he "suggested she terminate the pregnancy.”

On the stand, Pinault said he was "not involved in the decision" to have the child, but told Evangelista he would "recognize the baby." Later, his spokesman categorically denied that Pinault ever told her to have an abortion.

Evangelista and Pinault, 49, dated from late 2005 to early 2006, though he testified Thursday that the couple spent only about seven days together over that time.

Pinault is Chief Executive of PPR, which owns Gucci, Yves St. Laurent and other luxury brands, and his family's estimated is net worth is $13 billion.