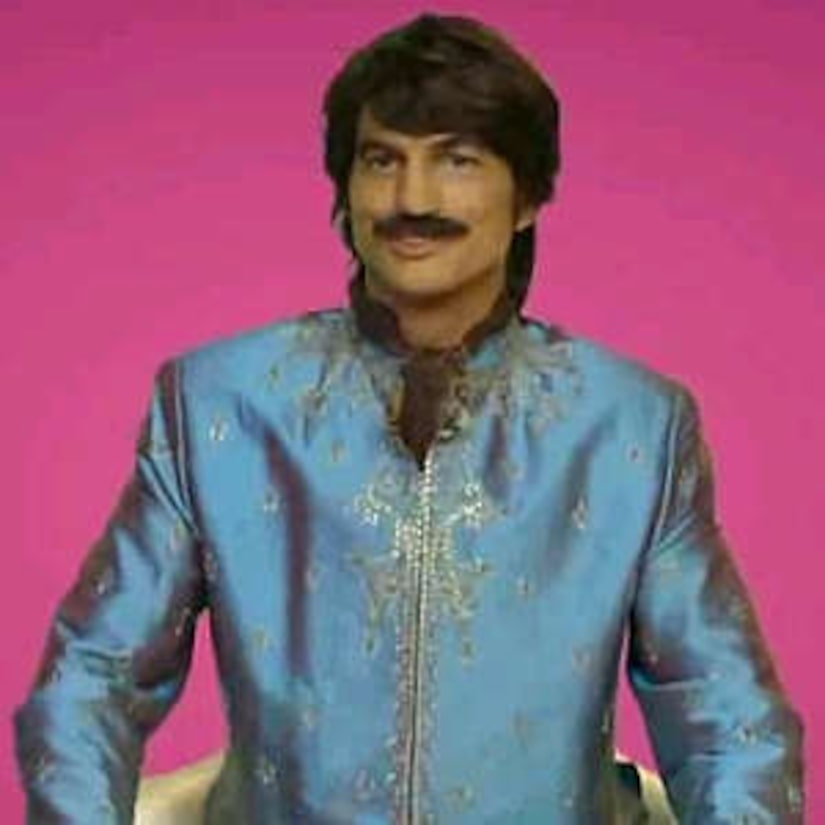 After the segment of the ad was removed from Facebook and YouTube, a spokeswoman for Popchips said the dating parody was "created to provoke a few laughs and was never intended to stereotype or offend anyone." She added that the company hopes "people can enjoy this in the spirit it was intended."

In the video, the "Two and a Half Men" star dresses as a number of characters including the producer, Raj, Darl the diva (who looks a lot like designer Karl Lagerfeld), Nigel the hippie and a laid back biker.