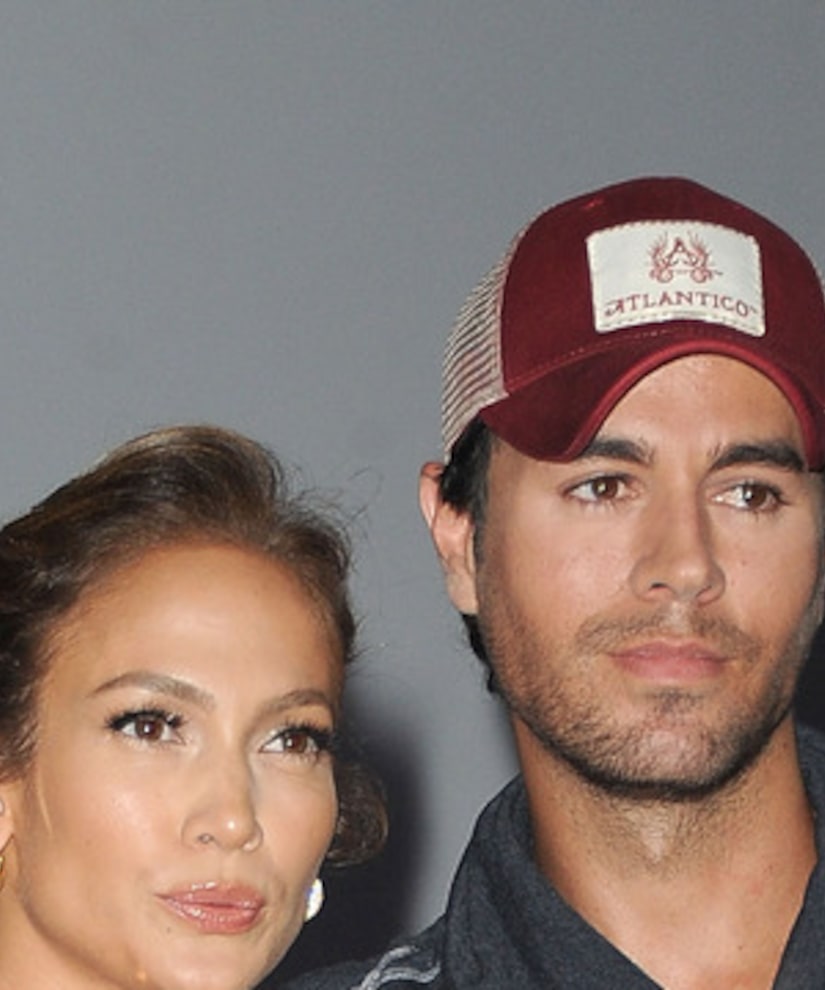 "Extra" host Mario Lopez was joined by singers Jennifer Lopez and Enrique Iglesias, who talked about hitting the road together in their upcoming U.S. summer tour.

When Mario asked them how the tour came about, J.Lo said, "Maybe a few months back, Enrique sent me a record," she said of her new hit single "Dance Again."

Enrique originally wrote "Dance Again" as a duet for them, but decided Jennifer would better perform the song on her own, but Lopez says they will perform together on tour. "We hope to have one song that we can do together on tour, but then again if we don't put something out, we'll find something to do."

Enrique chimed in, "I'll go out and dance during a set." J.Lo replied, "Yeah! He'll come and do some choreography and it'll be awesome."

Find out when J.Lo and Enrique will be visiting your town.

It is expected that international dates will soon be added.