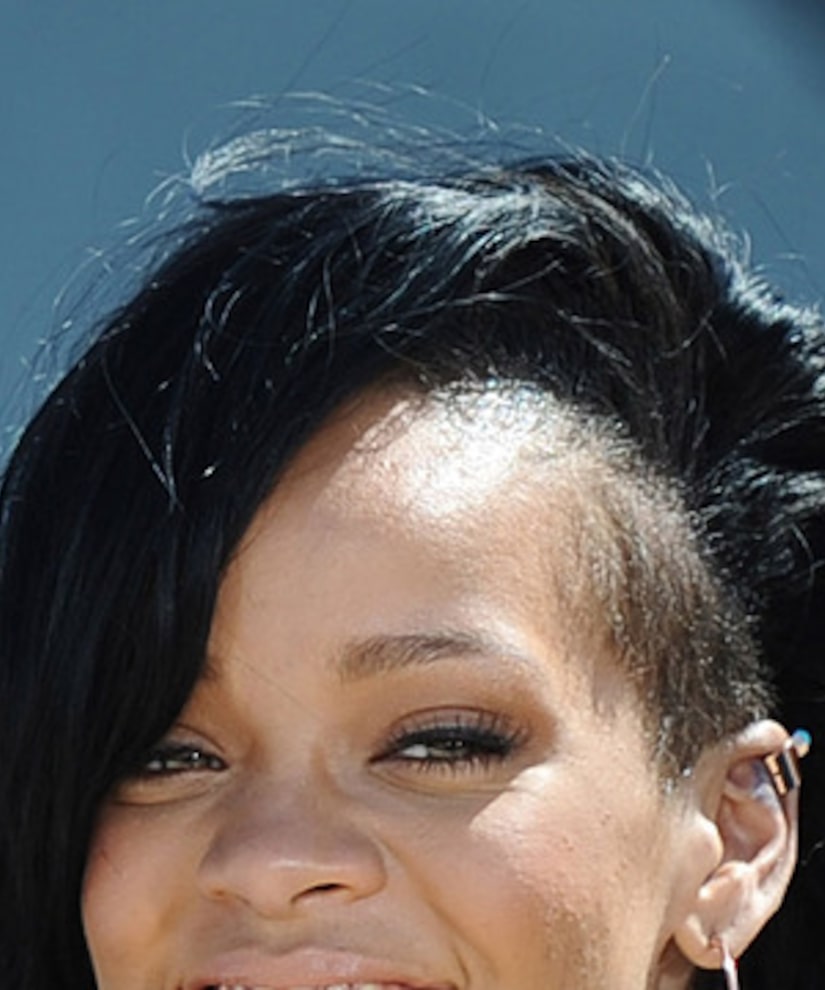 “Extra’s” Renee Bargh headed to Hawaii to talk with singer Rihanna about her acting debut in the action-packed summer movie “Battleship” -- and how the pop singer is playing by her own rules.

She released two remixes with her ex, Chris Brown, earlier this year that had everyone talking, but Rihanna explained, “Doing what you want means moving forward with the way you feel and living your truth… sometimes there are a lot of people who won’t agree with you, but it has to be your truth.”

Rihanna also laughed about her mother’s sense of humor regarding her daughter’s rumored love life. “I took a picture with someone at the TIME 100 gala and I showed her, and she said, ‘Oh I thought it was Ashton! I thought it was Mr. Kutcher!’ She's funny. She's crazy. I love my mom.”

As for her big debut in “Battleship,” Rihanna still thinks it’s “weird” being called an actress. “That doesn't even sound right. That's so, so weird to hear actress next to my name.”

Rihanna plays a Navy cadet who must battle an armada of unknown origin in order to discover and thwart their destructive goals. The songstress said, “I never thought that I would have had these experiences, you know, shooting the weapons and all that cool stuff, especially not in my first movie.”

On training for the role, the "We Found Love" singer said she paid "close attention" to her diet, but now, "I'm not careful with what I eat, because I'm trying to gain weight... just a little bit."

Rihanna is releasing a sexy new video, "Where Have You Been." She explained, "Nothing about this video is raunchy. It's all thematic, very artistic. There's more dancing than there been for a long time, so that should be exciting and new for my fans."

Check out Rihanna’s kick-ass moves when “Battleship” docks in theatres May 18.