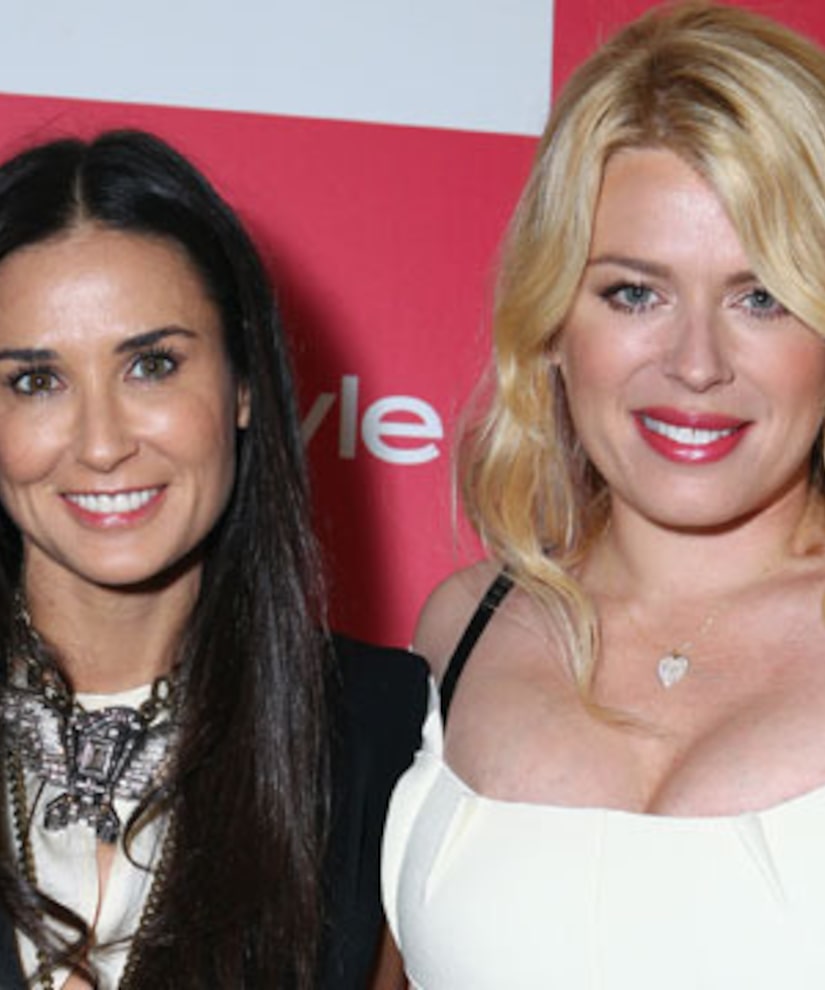 Actress Demi Moore looked healthy as she stepped out for the first time since undergoing treatment. Moore attended the launch party for her friend's Lifetime's new series, "The Conversation with Amanda De Cadenet."

Moore, who is very close with Cadenet (right), is both a co-executive producer of the show and one of its inspirations.

Before making her debut on Tuesday night, Moore had been "lying low at her L.A. home, focusing on moving forward with her life and career," a source tells People.

The 49-year-old mother of three also returned to Twitter over the weekend after a 3-month absence. She sent a message to fans, via her @mrskutcher handle, saying, "time for a change, twitter name change... any suggestions?"

Demi and actor Ashton Kutcher, 34, announced the end of their 6-year marriage in November. Two months later, Moore was hospitalized with convulsions.