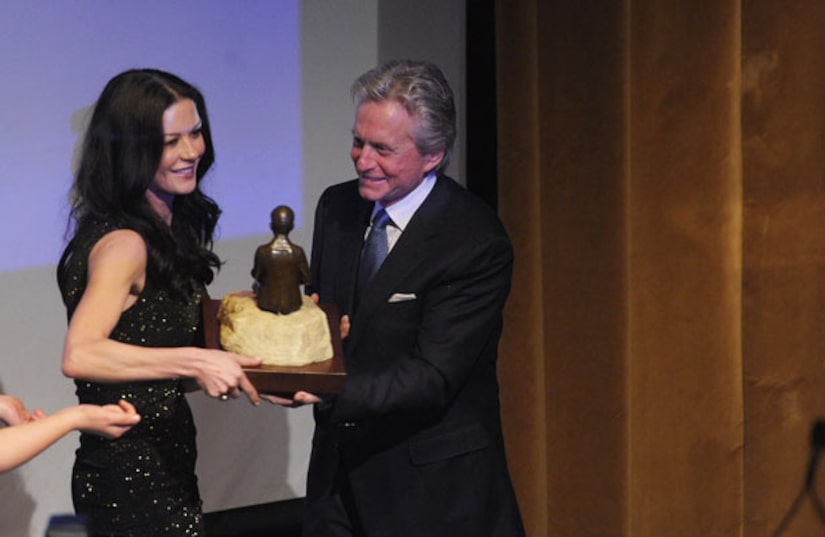 "Extra" met up with actor Michael Douglas and wife Catherine Zeta-Jones at the Monte Cristo Awards in NYC on Monday for a night of celebration.

At the 12th annual event, Zeta-Jones presented an award to her hubby for "his monumental achievements and contributions to the American and international theater community."

"It's the first time she's ever presented me with something... an award that is," says Douglas, who battled throat cancer in 2011.

The Douglases -- stronger than ever after 11 years of marriage -- shared the love with newly engaged Angelina Jolie and Brad Pitt. "That's wonderful... they're engaged? They haven't been married? Ah, that's great for them!" says Douglas.

"It's all happening in 2012," says Catherine of her "Rock of Ages" co-star Alec Baldwin also being engaged. When asked about the filming of it, Zeta-Jones said, "I'm so excited about it. I had a fantastic time shooting it... great gang of people."

"Rock of Ages" rolls into theaters in June.

See a gallery of Douglas and Zeta-Jones through the years.