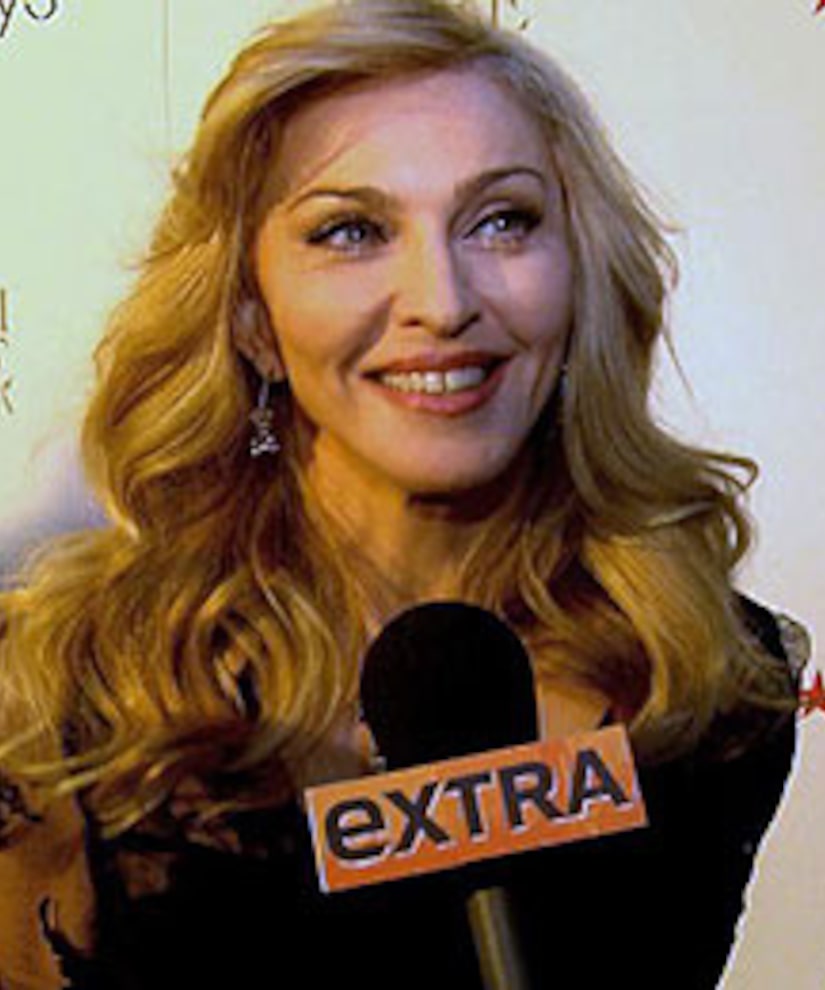 "Extra's" AJ Calloway was with Madonna at the launch of her new fragrance, "Truth or Dare by Madonna" in the Big Apple, asking her about her upcoming "MNDA" tour -- and possibly re-enacting her 2009 MTV Video Music Awards kiss with Britney Spears.

The superstar tweeted the idea to pop singer. "[Britney] was a little ambiguous, which is nice," Madonna told Calloway. "So it's just hanging in the air now... we'll see."

As for her tour, Madonna promises it will be spectacular. "Violence, danger, amazing dancing, slack-lining! Cheerleading... a little baton twirling, if you're lucky."

But she admitted the preparation for it has been grueling. "I have a broken finger, still see that? Everyone thinks I make it up. I have an infected cut on my leg. I'm a mess. My neck is killing me... just being superwoman."

Madonna is also excited about her new fragrance. She cooed, "It's provocative. I hope it inspires some decadent behavior, with spraying perfume all over your body... preferably naked."