After years of supporting PETA, which included posing naked for one of their anti-fur ads, Khloe Kardashian Odom has officially severed ties with the animal rights organization. 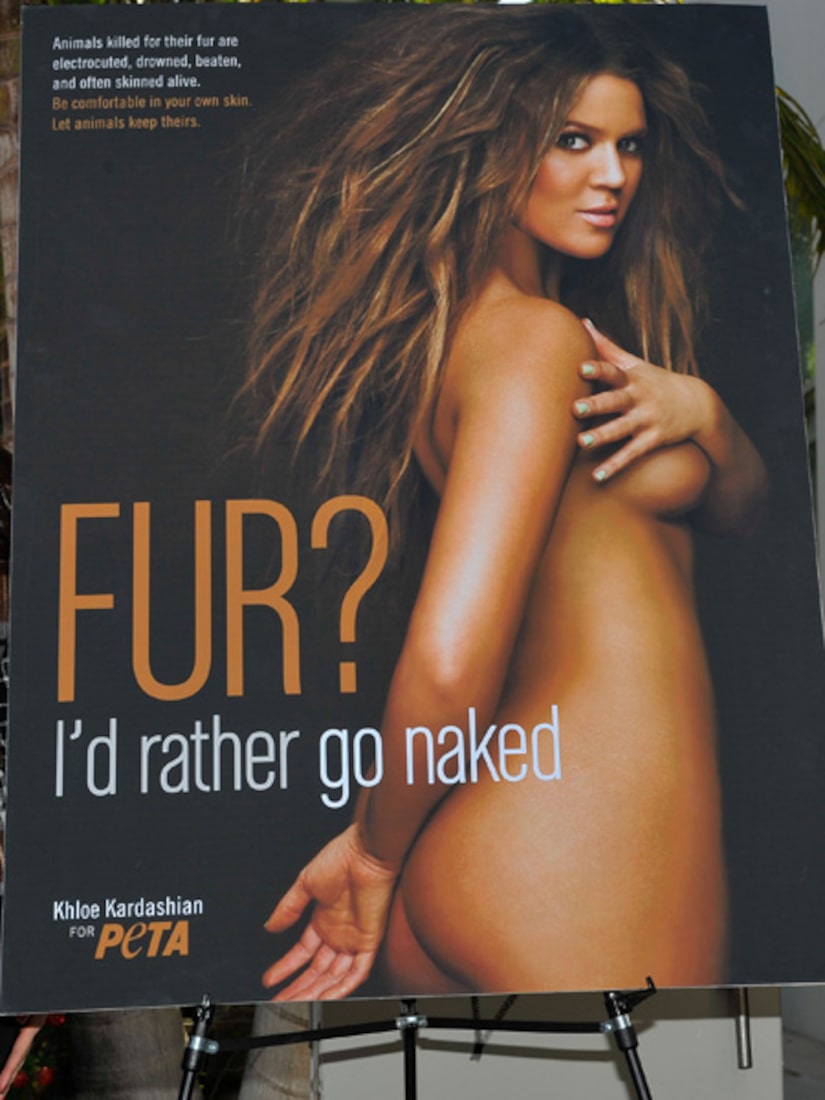 E! News has confirmed that the woman who floured Kim last week is one Christina Cho, a vocal animal rights activist and the sister of one Michelle Cho, a PETA official who helped coordinate Khloe's nude PSA for the organization.

When the link between the group and the attacker became known, Khloe blasted on Twitter that she is "absolutely disgusted by their behavior."

"I've been a vocal supporter of PETA for a long time but I have also been very vocal about anti-bullying, so this was a huge disappointment for me. As you all know, I don't condone violence and bullying and what happened last Thursday was just that," says the basketball wife.

While Kim first laughed off the incident, she is now considering legal action.