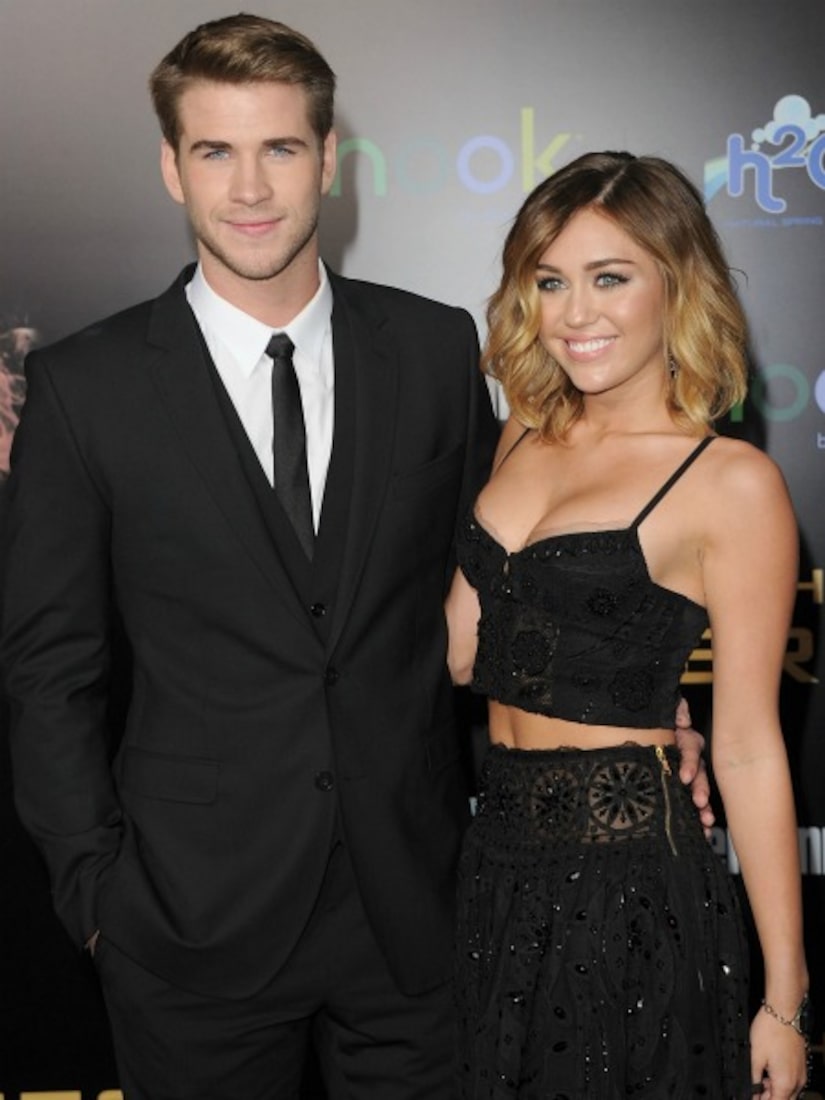 The 19-year-old "Hannah Montana" star tweeted a picture of her manicure last Thursday which kicked off the rumors, when a large diamond ring was spotted on her wedding finger.

Another reason that Miley's big bling is not from a Liam proposal is a February photo tweet from the singer with what appears to be the same ring on her finger.

In fact, Miley confirmed on her Twitter account Monday the ring is topaz stone. She wrote, "I'm not engaged. I've worn this same ring on this finger since November! People just wanna find something to talk about! It's a topaz people!"

Miley and Liam, 22, have been together since their 2009 film, "The Last Song." They split in August 2010, but were back together a few months later.