New mom Beyoncé showed off her incredible post-baby bod in a form-fitting navy blue dress at a fundraising event hosted by First Lady Michelle Obama at the Greenwich Hotel in NYC on Monday. 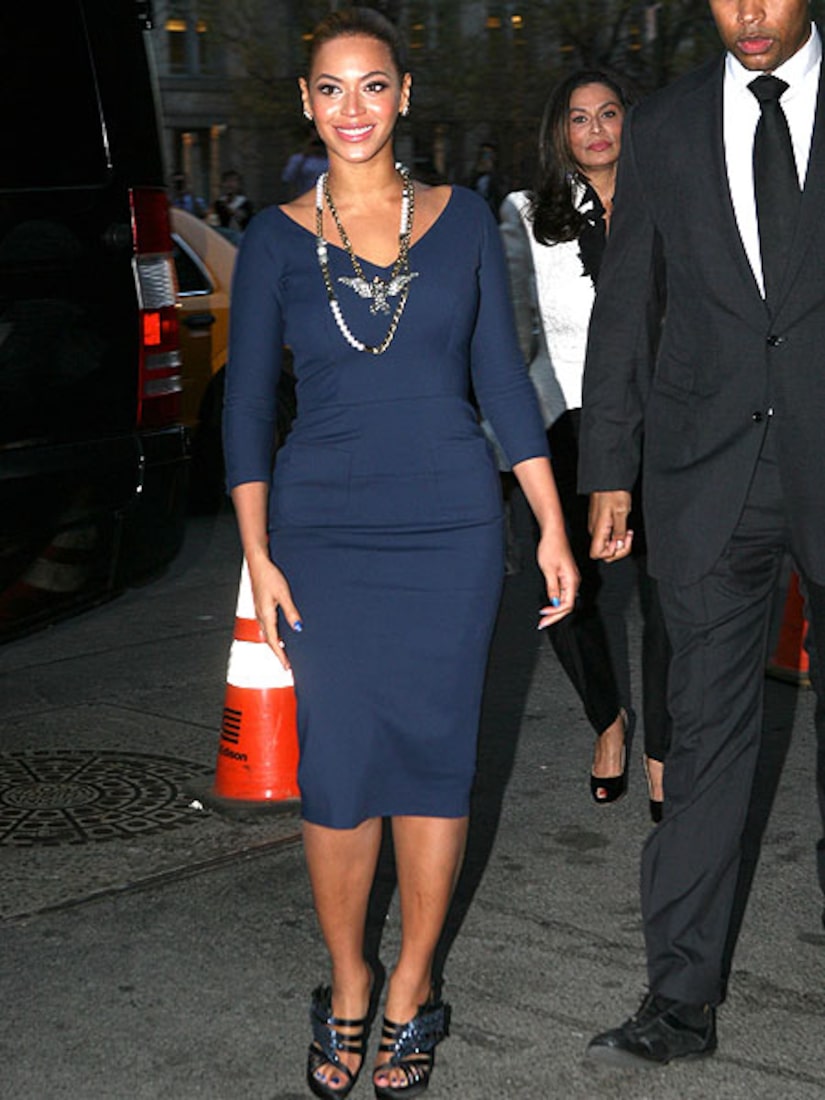 The singer, who gave birth to Blue Ivy Carter just two months ago, chose to wear her favorite color from head to toe in a Victoria Beckham number paired with blue heels.

NY Post reports Beyoncé has a personal trainer living with her to guide her through two-a-day workouts and that she has been on a diet of "protein shakes, egg-white omelettes, pineapple chunks and lots of ice-cold water" in a bid to lose 40 pounds and "have a better body than ever."

President Obama was unable to attend the $2,000-a-head event, attended by a star-studded host committee that included Whoopi Goldberg, Angela Bassett, Star Jones and Tina Knowles, among others.

Meanwhile, Beyoncé plans to return to the stage Memorial Day Weekend, where she is set to perform three concerts in Atlantic City as part of the unveiling of Revel Resorts.