Rihanna tweeted a photo of topless photo of herself with the caption, "Where have you been all my life?" 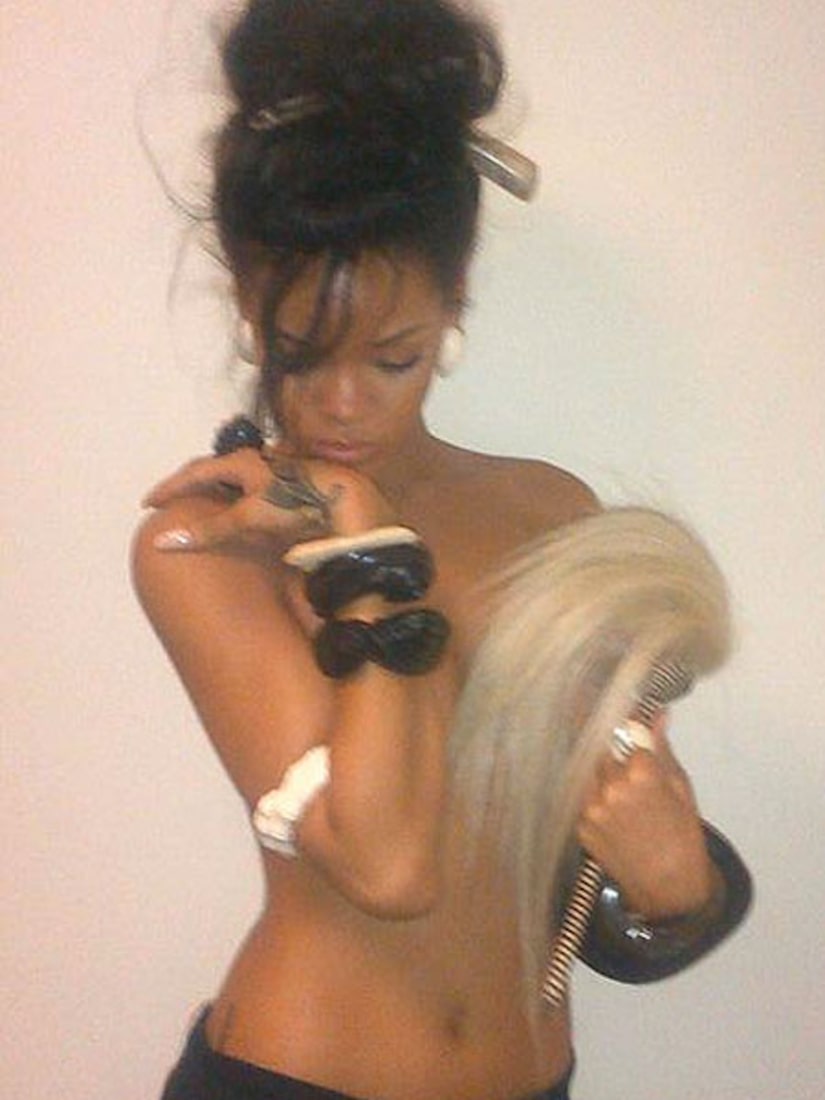 In the picture, the singer, 24, debuted a natural, darker hair color. The new 'do is certainly a change from her recent blonde locks -- and before that, a bright red hue.

Rihanna is reportedly taking part in the effort to raise awareness regarding Ugandan warlord Joseph Kony, and tweeted yesterday, "PLEASE go to InvisibleChildren.com. Even if it's 10 minutes... Trust me, you NEED to know about this! #1LOVE"

Speaking of no love, the songstress is reportedly feuding with Chris Brown's model girlfriend, Karrueche Tran. Rihanna tweeted a photo of a bag of rice cakes wearing sunglasses with gold earrings and the caption, "Ima make u my b****."

The photo prompted speculation that Rihanna was taking a stab at Tran's Vietnamese heritage. In response, Tran took to Facebook, writing, "I'm Angeline, you're Jen. C'mon you see where Brad is at. (sic)"