BFFs George Clooney and Brad Pitt performed in the reading of a gay-marriage play, "8," in Los Angeles on Saturday at the Wilshire Ebell Theatre. 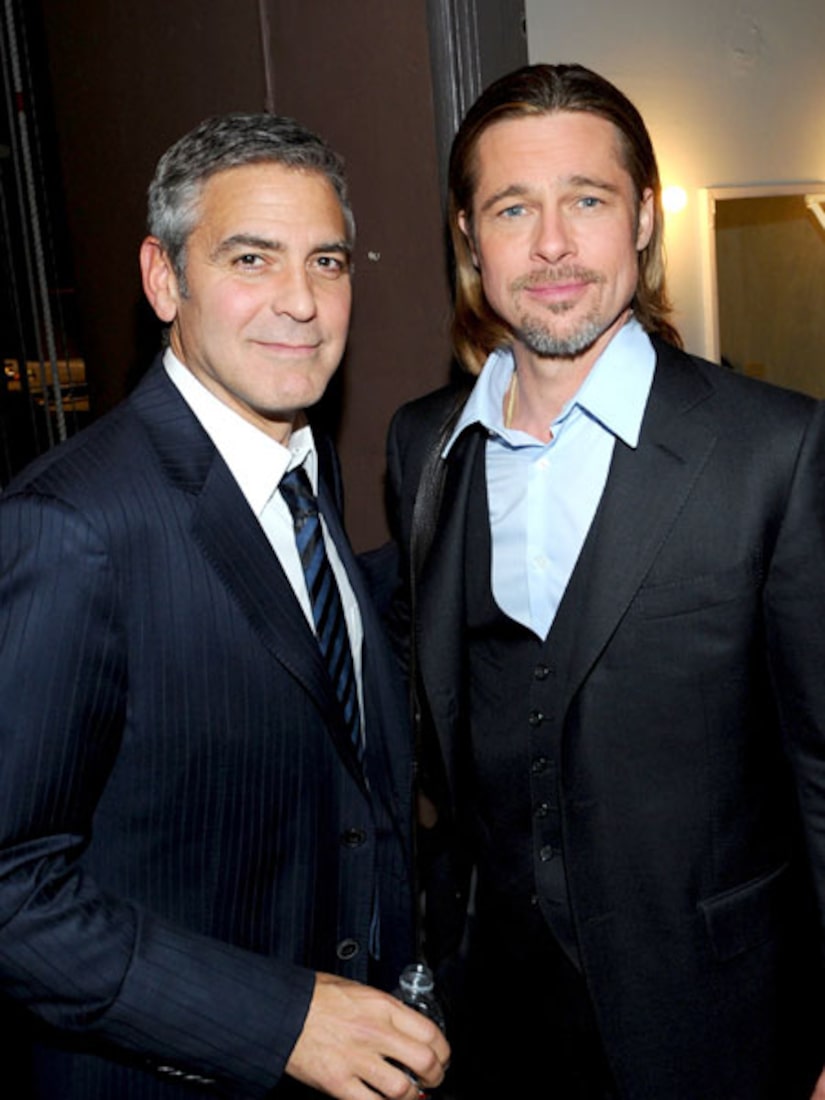 Brad, who has been outspoken about marriage rights for the gay community, said he and Angelina Jolie will not tie the knot until gay marriage is legal nationwide. The actor spoke to "Extra" at the 2009 premiere of "Inglourious Basterds," and explained everyone should have the right to legally marry.

During a previous one-on-one with Angelina, "Extra's" Jerry Penacoli asked, "With the federal appeals court turning over the Prop 8 decision, do you think you [and Brad] might be getting closer [to getting married]?" Jolie smiled and said, "Maybe."

Clooney took on the role of a lawyer while Pitt played a judge in a dramatization of the 2010 court case, Perry vs. Schwarzenegger, which challenged the legality of Proposition 8, the ballot measure banning same-sex marriage in California. Backstage, George said, "I think people understand that it's the last leg of the civil rights movement -- and I do believe that." 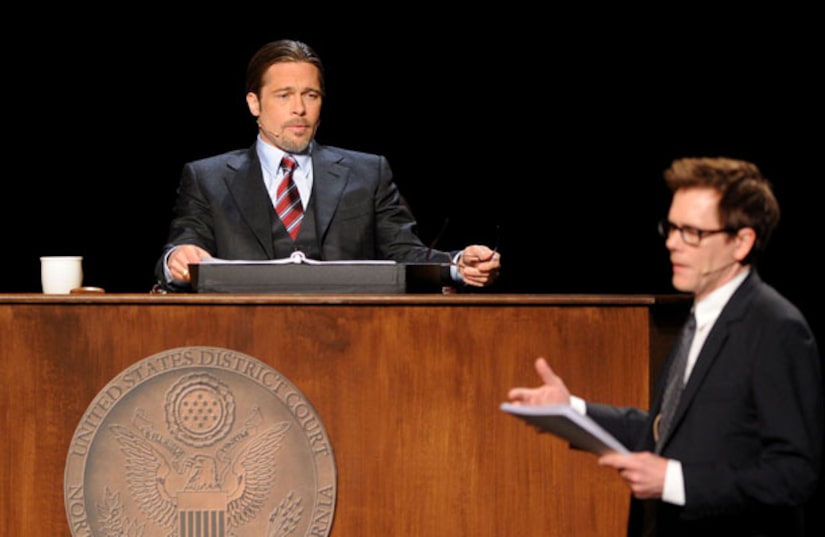 The performance, which benefited the American Foundation for Equal Rights, included an all-star cast of Kevin Bacon, Martin Sheen, John C. Reilly, Matthew Morrison, Jane Lynch, Jesse Tyler Ferguson and Matthew Bomer. The event was expected to raise more than $2 million for the nonprofit organization, which spearheaded the court case against Prop 8. 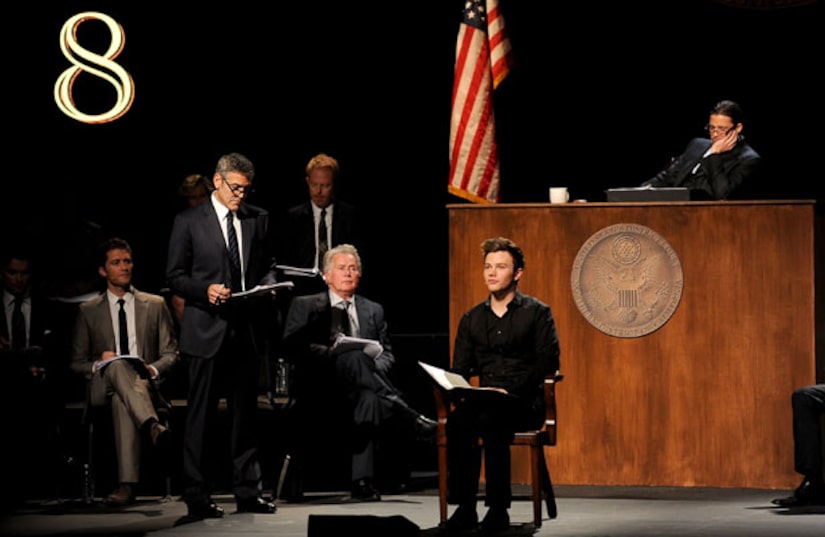 The play was directed by Rob Reiner and drew an audience of 1,200. "Extra's" Jerry Penacoli was inside the theatre, and when Penacoli said, "I didn't know it was Brad Pitt's first stage play," Reiner replied, "I didn't know that either. If I had known that, I wouldn't have hired him!"

Martin Sheen broke news of son Charlie Sheen's new sitcom, "Anger Management," telling Jerry, "He asked me to play his father. I don't know where that came from!" 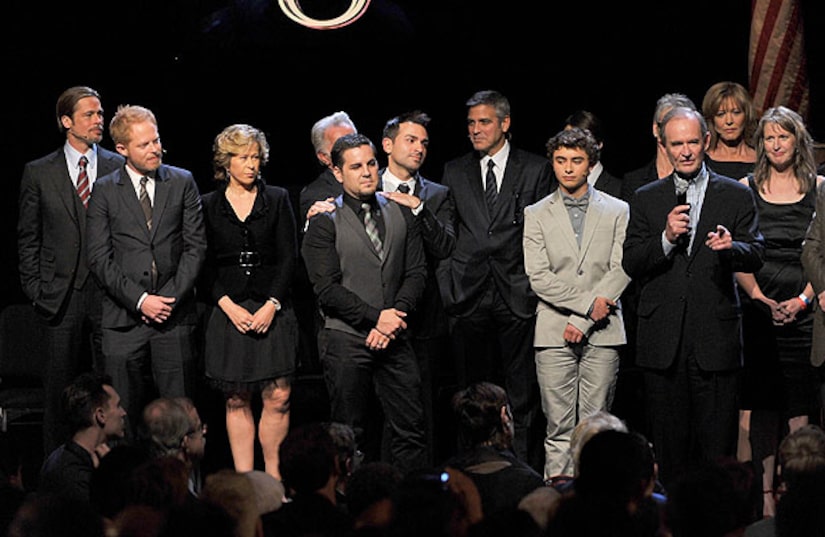 For more information on how you can help, visit afer.org.