Lindsay Lohan sat down with Matt Lauer on Wednesday morning's "Today" show, and said she's been clean and sober "for a long time." 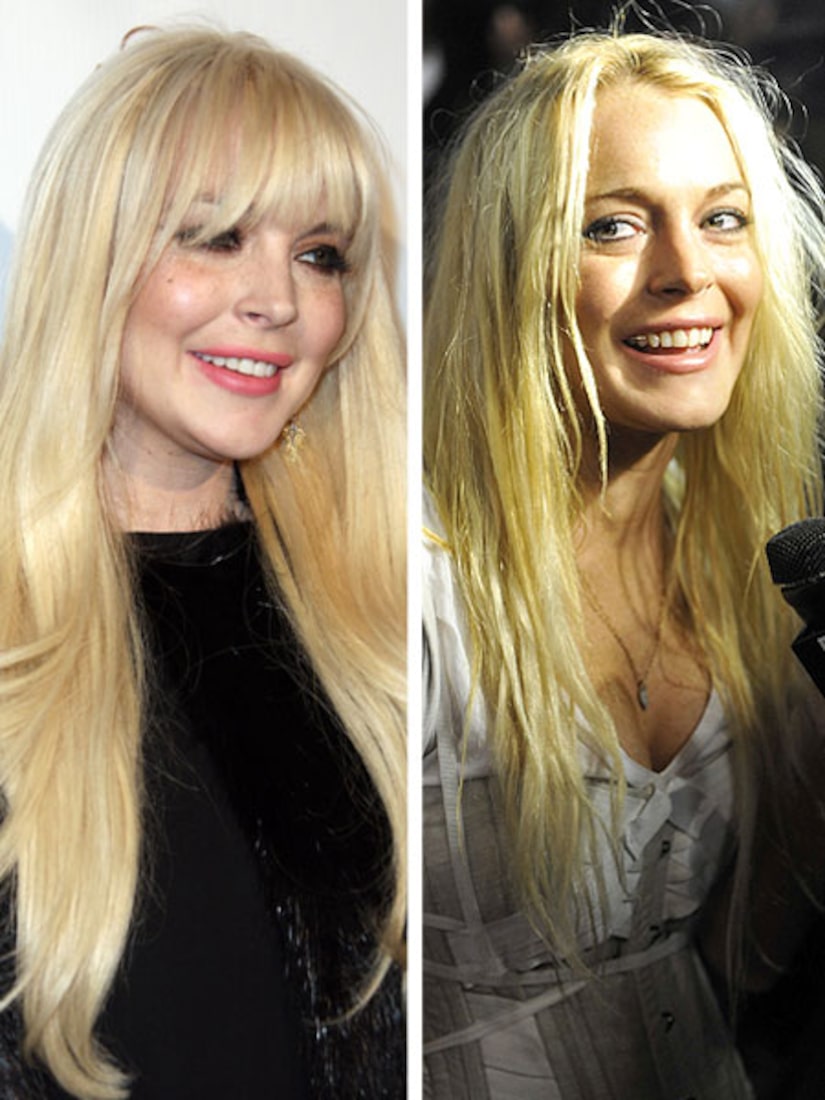 Lohan's face and lips looked noticeably puffy, which sparked rumors that the 25-year-old recently received facial fillers. Daily Mail said Lohan has a "pillow face," a term given to women who overuse facial fillers, and suggests Lindsay may have gotten fat implants or other fillers in her cheeks.

When Lauer asked if she can still go out at night without "suffering the temptation that will get you into trouble," Lohan replied, "I mean, I could, but that's not my thing anymore."

The actress, 25, will host this week's "SNL," and explained, "People can say things all they want, but I think I still need to go through the process of proving myself with 'SNL,' being on time, being, you know, keeping my -- can't say the word -- but, stuff together."

Lindsay started her career as a child model at the age of 3. She has worked as a model for Abercrombie & Fitch Kids (A&F Kids) and Calvin KleinKids.

Lindsay's breakthrough performance was in 1998, when she played twins in the Disney remake of "Parent Trap."

Lohan was once a box office magnet, withhits such as "Confession of a Teenage Drama Queen," "Mean Girls," "Freaky Friday" and "Herbie: Fully Loaded."

When auditioning for the 2004 "Mean Girls," she originally wanted to play Regina, played by Rachel McAdams.

Lindsay's became the MTV Movie Awards youngest host when she hosted in 2004 at the age of 18. She was also the youngest host to win an award for her role in "Freaky Friday."

In the 1980's her estranged father, Michael Lohan was sentenced to four years in prison for security fraud. In 2005, he went back to jail for "aggravated unlicensed driving" and attempted assault.

The actress' most talked about relationships have been with actor Wilmer Valderrama in 2004 and DJ Samantha Ronson [pictured] in 2009.

Lindsay has a net worth of $7 million, based on her movies, albums, and other works.

Some on Lindsay's idols include Marilyn Monroe and Ann-Margret.

In 2007, the actress was booked on felony charges of possession of cocaine and transportation of a narcotic in addition to misdemeanor charges of driving under the influence and driving with a suspended license.

Lohan has fought off rumors of anorexia, and currently wants to make a documentary on eating disorders to help young girls realize that it isn't at all the glamorous disease Hollywood makes it look like.

Lindsay was offered the role of Jade in "The Hangover", but she turned it down. Heather Graham was cast instead.

"I say too much sometimes, but I'm honest, that's the important thing."