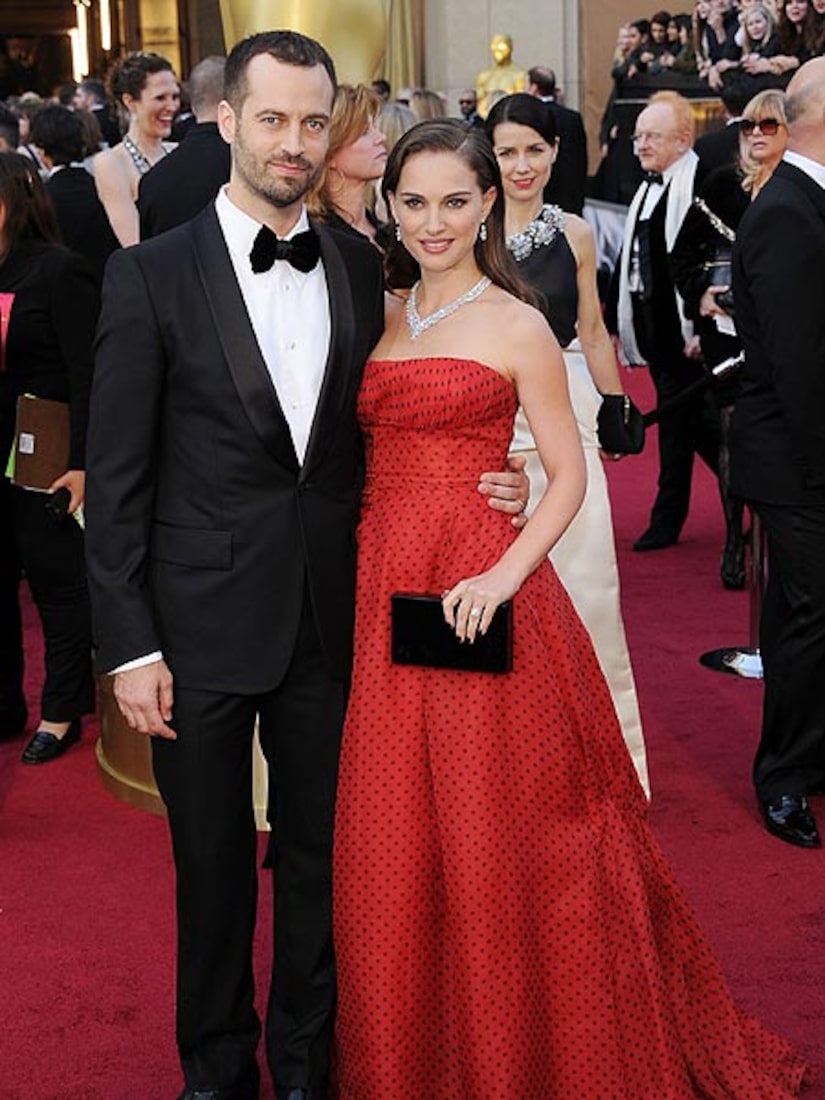 Portman and Millepied were both spotted with wedding bands at Sunday night's Academy Awards ceremony. According to NY Daily News.com, Wolf confirmed she designed the couple's wedding rings with, "recycled platinum and conflict-free diamonds." She explained that the actress chose two diamond rings to place next to each side of her engagement ring, and her beau chose a platinum band.

Wolf, who is also a professional dancer and friend of Millepied, crafted Portman's unique diamond engagement ring. In a previous interview last year with InStyle, Wolf divulged, "Ben was exceptionally thoughtful and dedicated and patient to make sure we had everything right. We wanted everything about the ring to speak to things that are important to Natalie."

Portman and Millepied met on the film set of "Black Swan," and publicly released news of their engagement in December 2010. Their son, Aleph, was born last June.