Fresh from her six Grammy wins this month, Adele took home two more awards at Tuesday's Brit Awards, where she was abruptly cut off during her acceptance speech, and in response, flipped her middle finger on live television. 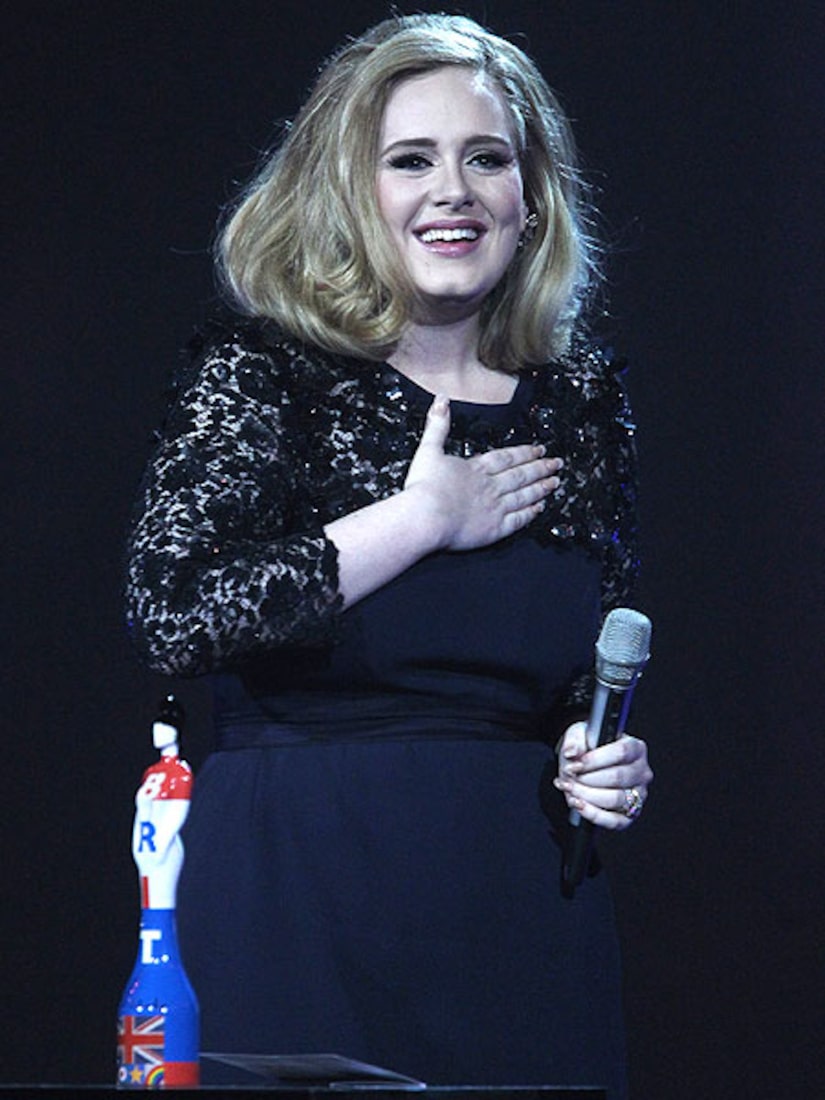 Adele asked if she could finish speaking, but the host explained he needed to usher her off the stage in order to introduce the next award. A frustrated Adele gave the middle finger before exiting. The O2 arena crowd disapproved of the decision to cut her speech short, and loudly booed.

The 23-year-old songbird later explained the gesture was aimed at industry leaders, not her fans. She said, "I flung the middle finger. I'm sorry if I offended anyone, but it was 'the suits' that offended me. Thank you all very much and thanks to my fans. I don't want them to think I was swearing at them."

The show's broadcaster, ITV, issued a statement apologizing to the songstress for giving her the hook. "We regret this happened and we send the deepest apologies to Adele that her big moment was cut short tonight due to the live show over-running."