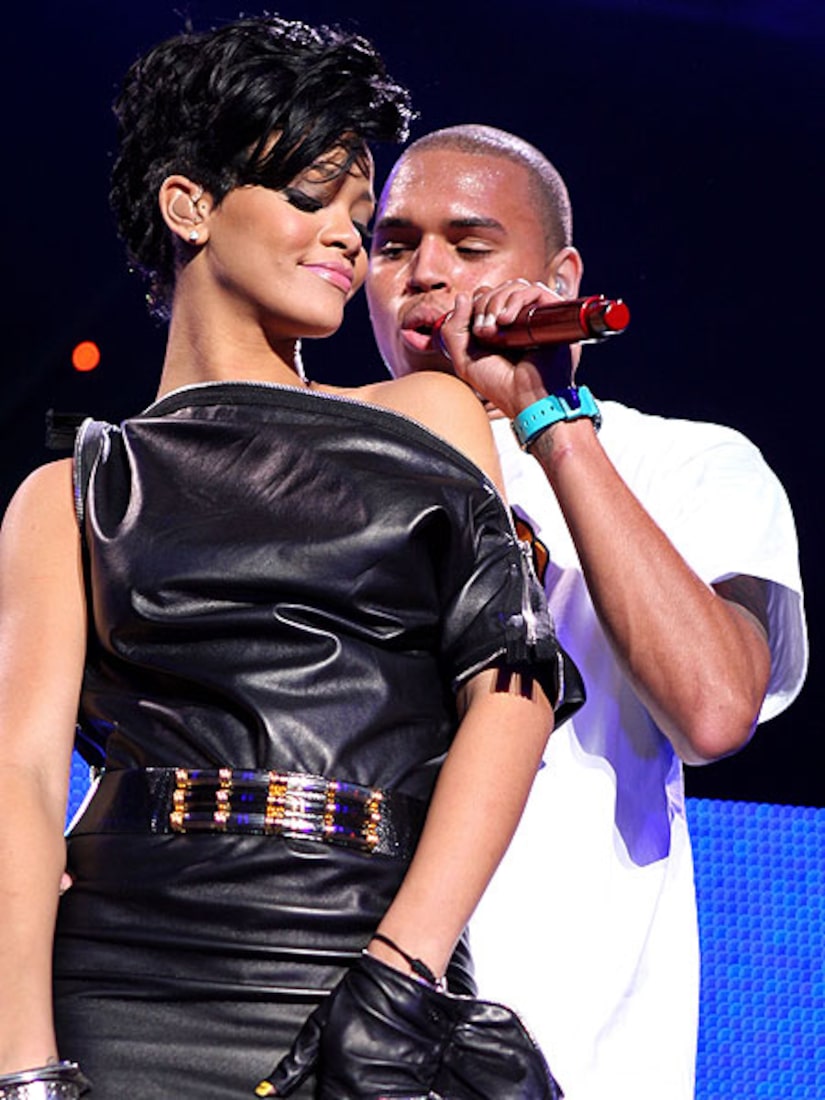 Brown tweeted, "HAPPY BIRTHDAY ROBYN!" to the singer (real name Robyn Rihanna Fenton) and she thanked him on her own Twitter account.

The reconciliation rumors between the two were sparked last week when Brown reportedly attended Rihanna's early birthday bash. The rapper is also rumored to be singing on a remix of her track "Birthday Cake," called "Cake."