Hip-hop singer Nicki Minaj apparently shouldered the responsibility for weirdness at the 2012 Grammys, usually provided by Lady Gaga. Minaj hit the red carpet dressed in a Versace red cloak-cape, accompanied by a man dressed like the Pope.

Then Nicki took the stage to perform her new single "Roman Holiday," which included a pre-taped segment of a mock exorcism that began with her singing a manic version of "I Feel Pretty" to her reflection. The live performance included dancing monks and priests swarming around a horizontal Minaj, who then levitated high above the stage. 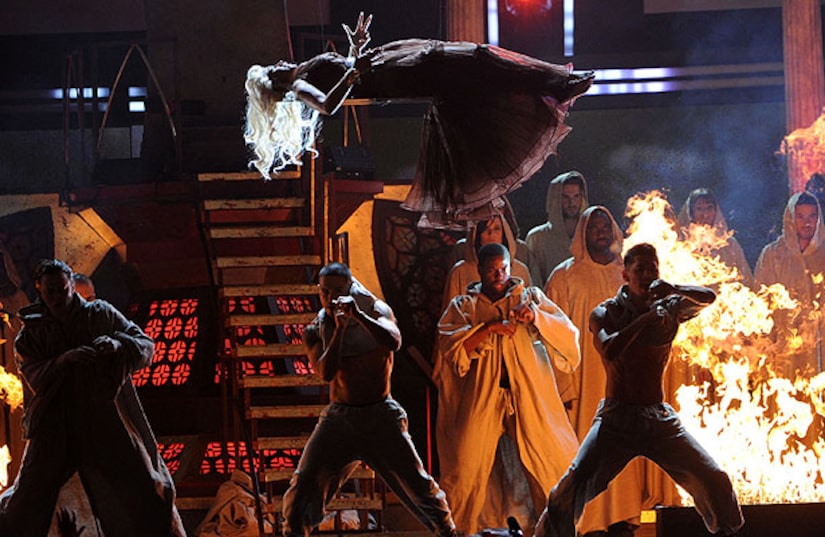 Bill Donahue of the Catholic League expressed his organization's displeasure with the performance and for the Recording Academy for allowing it to take place. "None of this was by accident, and all of it was approved by The Recording Academy, which puts on the Grammys. Whether Minaj is possessed is surely an open question, but what is not in doubt is the irresponsibility of The Recording Academy. Never would they allow an artist to insult Judaism or Islam."

He continued, "It's bad enough that Catholics have to fight for their rights vis-á-vis a hostile administration in Washington without also having to fend off attacks in the entertainment industry. The net effect, however, will only embolden Catholics, as well as their friends in other faith communities."