The footballer says the huge win over the Patriots still hasn't fully registered. "I've been going to everything, doing the parade and all, but it still hasn't really sunk in. We've just been taking every day as it comes." 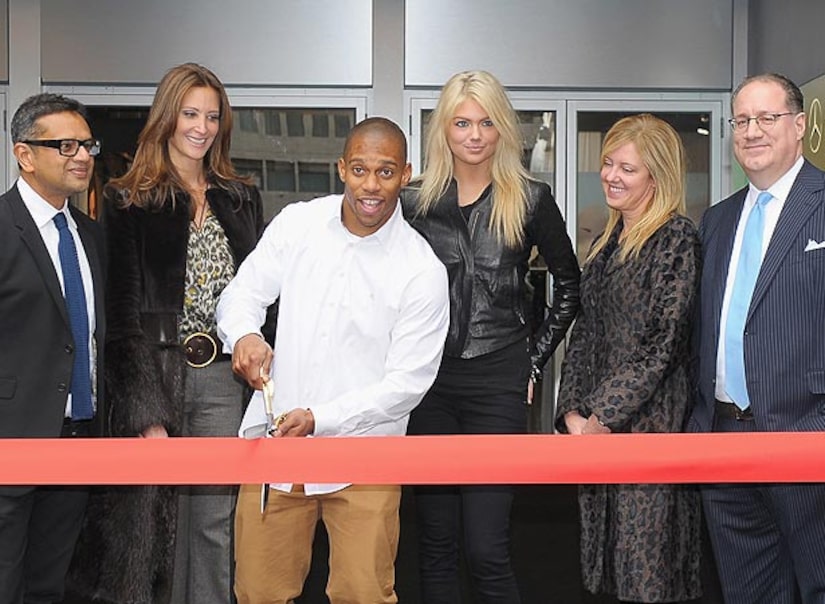 According to WomensWearDaily.com, the 25-year-old wants to take his family on vacation to celebrate the victory. With endorsements for big brands like Nike, Cruz found a passion for fashion and started a men's clothing label, Young Whales, with former Giant Nate Collins. After launching his men's line in 2010, female fans expressed interest in the football stud creating a women's line. Cruz says he currently is working on that collection, but no reveal date is set.

Aware of supermodel Gisele Bundchen's comments about her Patriots quarterback husband Tom Brady, Cruz seemed on the fence. "Obviously, she was still a little emotional. That's what you do for your partner. It would be wrong if she didn't. But it's not right to talk about the team."

Cruz will be attending the Tommy Hilfiger and Naeem Khan runway shows.