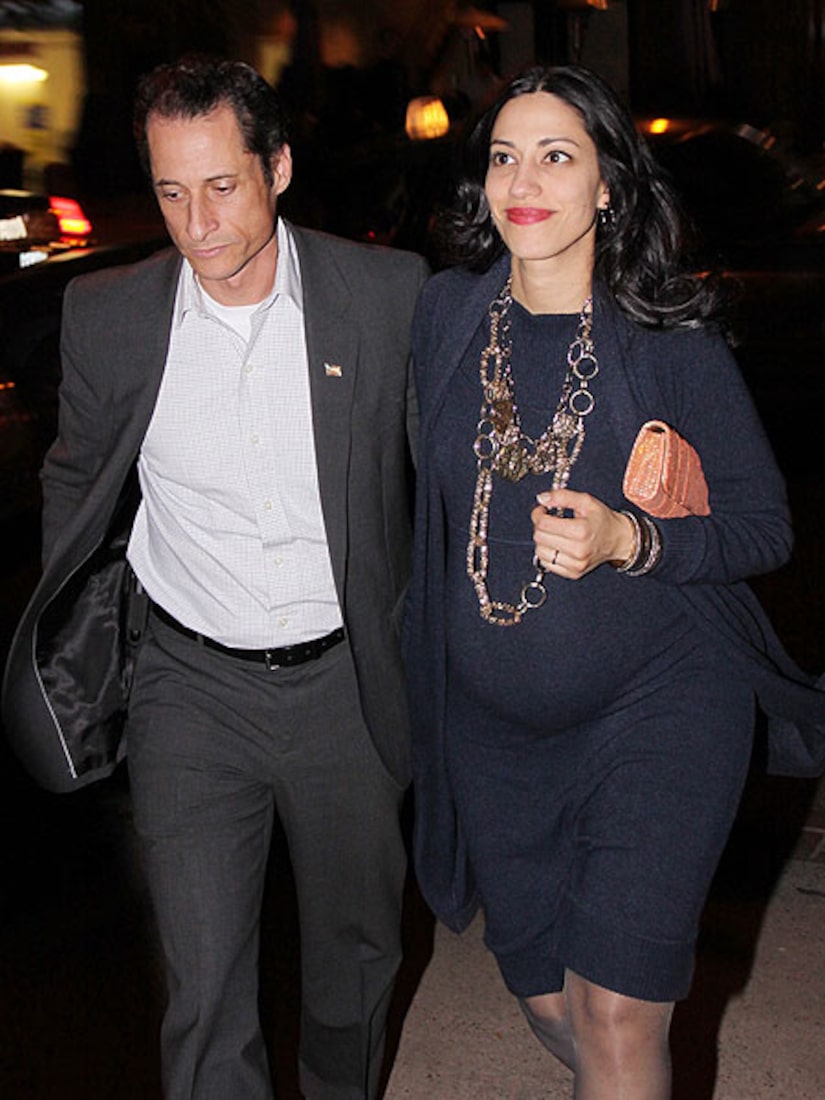 Jordan Zane Weiner weighed 7 pounds, and of course, his arrival caused all kinds of catchy headlines, such as the NY Post's "A Little Weiner," and "Baby Boy for Huma and Louse."

The couple's first baby caps off a trying year for the political husband and wife, after Weiner's lewd Twitter photos surfaced, along with the women he sent them to. Abedin works as Deputy Chief of Staff for Secretary of State Hillary Clinton.

The Congressman resigned from office in June.