Oprah Winfrey traveled to Port-au-Prince, Haiti, on Monday, where the network queen and philanthropist toured an encampment for displaced Haitians struggling to recover from the devastating 2010 earthquake. 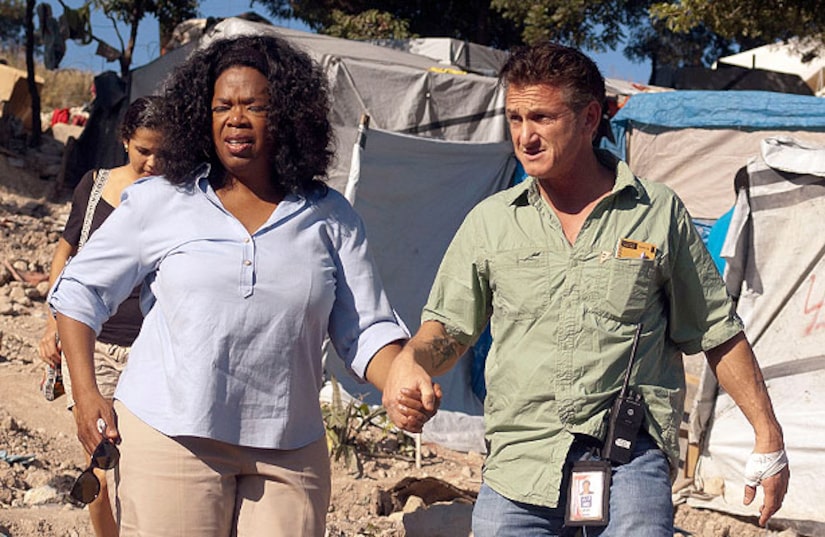 Escorted by security guards, the Oprah walked through the area, which was once a golf course, with Sean Penn -- who helped create J/P Human Relief Organization -- an aid group that provides support to residents of the encampment.

Penn will be featured in an upcoming program on OWN that highlights his humanitarianism. The Academy Award-winning actor, 51, spent much of his time in Haiti last year after the earthquake that left more than 200,000 dead and millions displaced.

Encouraged by Oprah's presence, Penn said, "Everybody who has spent time in Haiti knows how important it is for the world to see what is going on here. We really appreciate that she's here with us."

Winfrey told reporters, "This is part of the next chapter, going around the world to see interesting and fascinating cases of profound examples of what can be done to make a difference in the world."