There's nothing like hobnobbing with superstar Tom Cruise at the Dubai premiere of the fourth "Mission: Impossible" installment "Ghost Protocol." "Extra" correspondent AJ Calloway was there Tuesday for all the action, talking to Cruise about raising the bar on the film's death-defying, building-hangin' stunts. 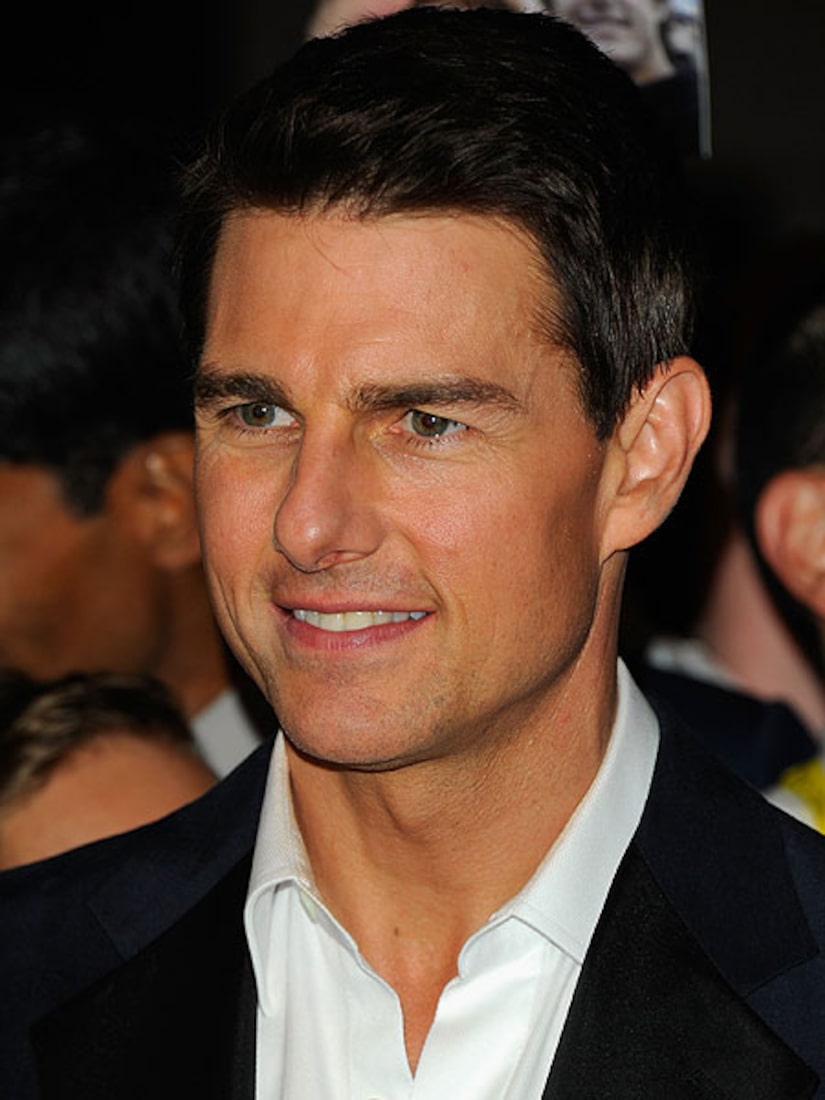 "You know I was excited to do it because I saw what [director Brad] Bird designed for the sequence," said Cruise, who was game right away. "I went to the guys and we said were going to do it. Somehow we're going to figure this out."

Cruise explained wardrobe and the elements were very important. "What kind of material are we going to have on the gloves, the temperature of the building. Let alone the altitude that we were shooting it at."

But the best part was having his wife, Katie Holmes, and the children with him. "They were there when there was a drop that I had. I feel so lucky to be with her, she's amazing. She knows I'm doing everything possible to make it as safe as possible. If she was worried, she didn't tell me she was worried."

Tom even said daughter Suri may be taking after her dad. "I find her off to the side... she was doing this little obstacle course. She's very athletic, Suri, and I heard her doing the 'Mission' theme."

Make sure to check out all the cool stunts when "Mission: Impossible - Ghost Protocol" sweeps into theaters December 21.