The Kardashian clan doesn't seem be able to stay out of the headlines -- with Kim's pending divorce and Rob's "Dancing with the Stars" success. Now the latest Kardashian drama deals with Kim's older sister, Kourtney, and allegations that her boyfriend/baby daddy Scott Disick had an affair with "DWTS" alum Kristin Cavallari. 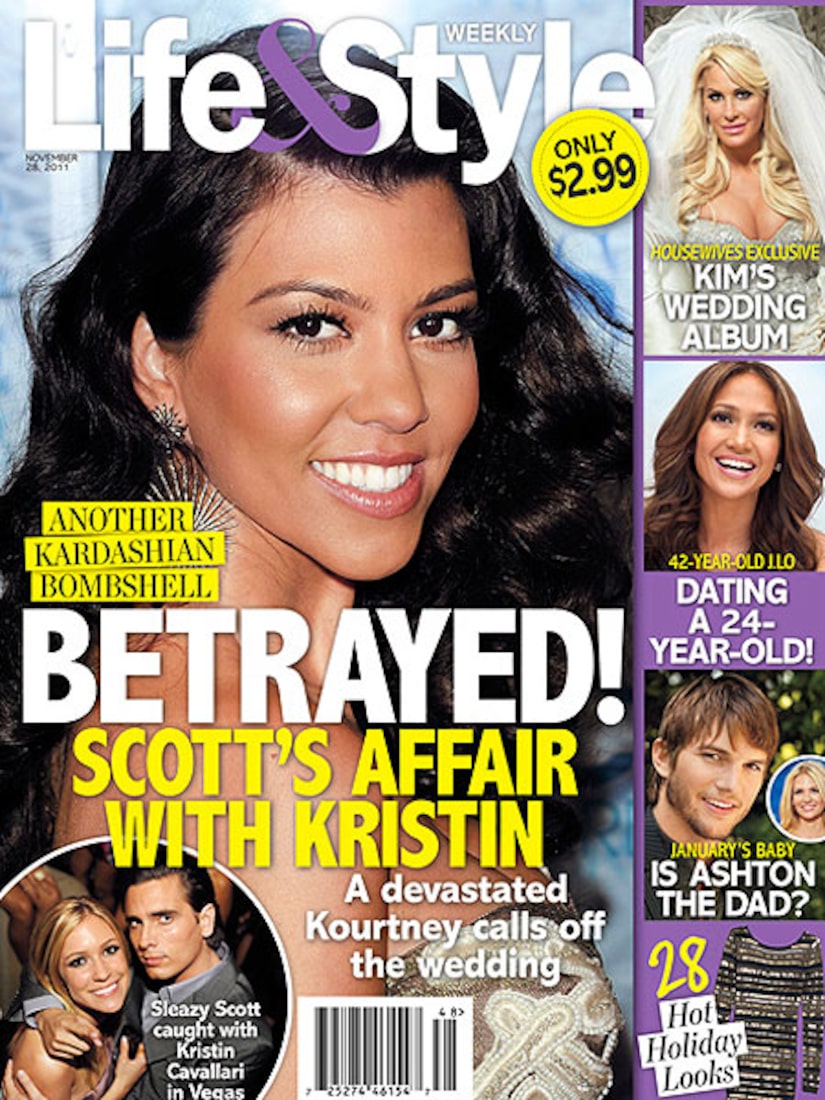 According to a report from Life & Style, Scott, who fathered baby Mason, 23 months, with Kourtney, was banned from attending studio tapings for "Dancing" because he reportedly hooked up with Kristin while he was broken up with Kourtney. The eldest Kardashian sister would not allow Disick to cheer for Rob at the tapings with the rest of the family.

An insider close to the Kardashians revealed, "Scott and Kristin hooked up in Las Vegas during a time [February 2009] that he was on a break from Kourtney." The Kardashian pal also said Kristin and Kourtney were longtime friends, as Cavallari once dated Kourtney's stepbrother, Brody Jenner (now with Avril Lavigne). Their friendship abruptly ended after Kourtney caught Kristin and Scott on a date at Apple Lounge in L.A. in March of 2009.

Kim on Kris Humphries Before the Split: 'We Have a Lot of Trust'

"Kourtney was furious. She and her sisters have called Kristin 'the whore bag' ever since," the pal said. Another Kardashian source explained, "Actually, Scott and Kristin were hooking up on and off for a year, maybe even two. When Kourt and Scott would fight, he'd party with Kristin and hook up."

Meanwhile, Kourtney and Scott's relationship is reportedly on the rocks, with Disick moving out of their hotel in NYC, and checking into the Gansevoort Park Avenue Hotel.