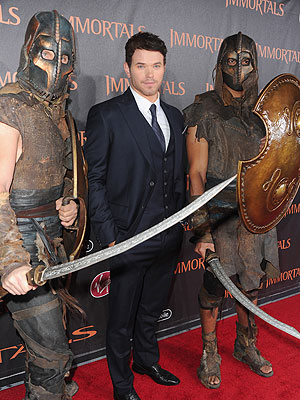 Greek gods triumphed as "Immortals" topped the box office with a better-than-expected $32 million. Adam Sandler's "Jack and Jill" took the number 2 spot with a $26-million debut, followed by "Puss in Boots" and "J. Edgar."