"Breaking Dawn" hunk Kellan Lutz arrived to a frenzy of fans at The Grove with "Extra's" Renee Bargh, and told his admirers, "I love you guys!"

Kellan, who plays Edward's brother, Emmett Cullen, recalled filming the romantic wedding ceremony between Bella and Edward, and said, "Rob looked so handsome and Kristen looked so beautiful... the dress was beautiful." He added, "You feel like you're all one big family and your brother is really tying the knot. You can't not smile."

As Renee pointed out, Kellan, 26, is 6'1" and built like a Greek god, which makes him perfect for his upcoming role in "Immortals," in which he plays Poseidon, God of the Sea. 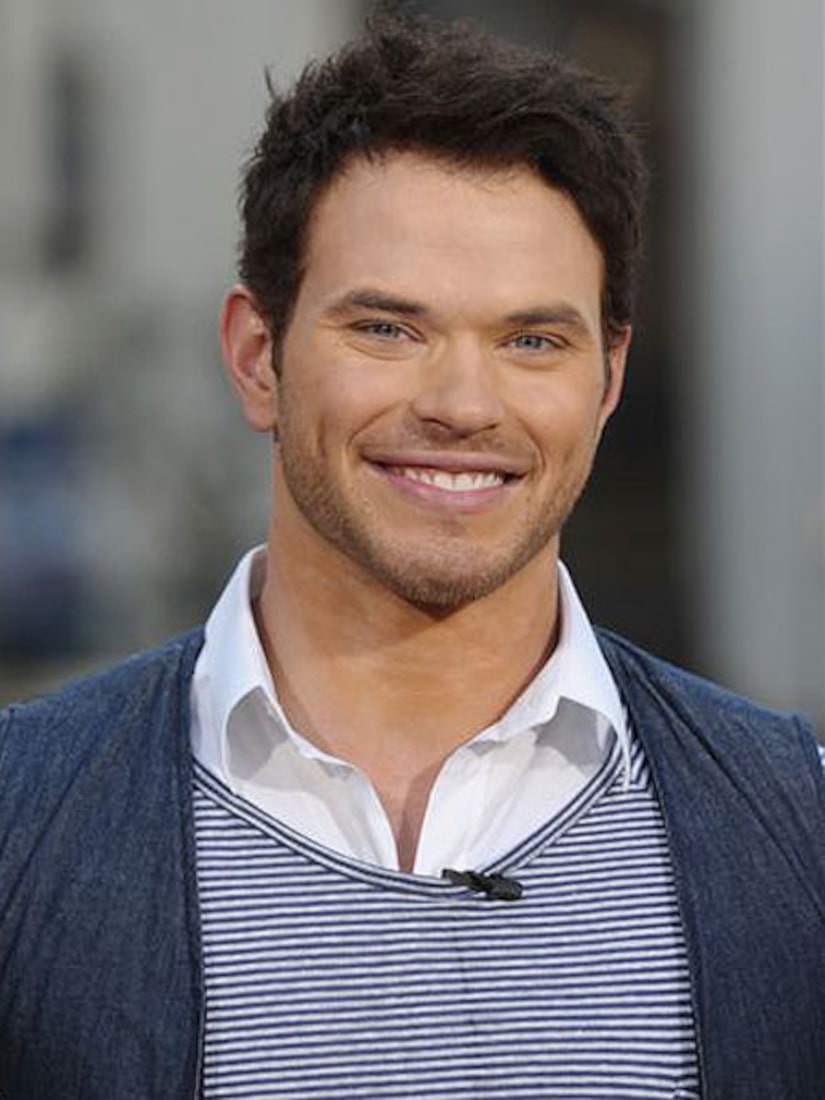 The busy star, currently filming three movies, gets recognized all the time. When asked how he deals with paparazzi, Lutz replied, "You've just gotta live your life. It's tough to just go to the beach because I live so close, and it's like, 'I've gotta keep my shirt on again?'" Bargh assured him, "I don't think you do!"

A fan asked the actor, "What's the perfect girl for you?" Click on the video to find out what he said!