Wayward actress Lindsay Lohan appeared in court Wednesday on probation violation charges and was promptly sentenced to 30 days in jail. 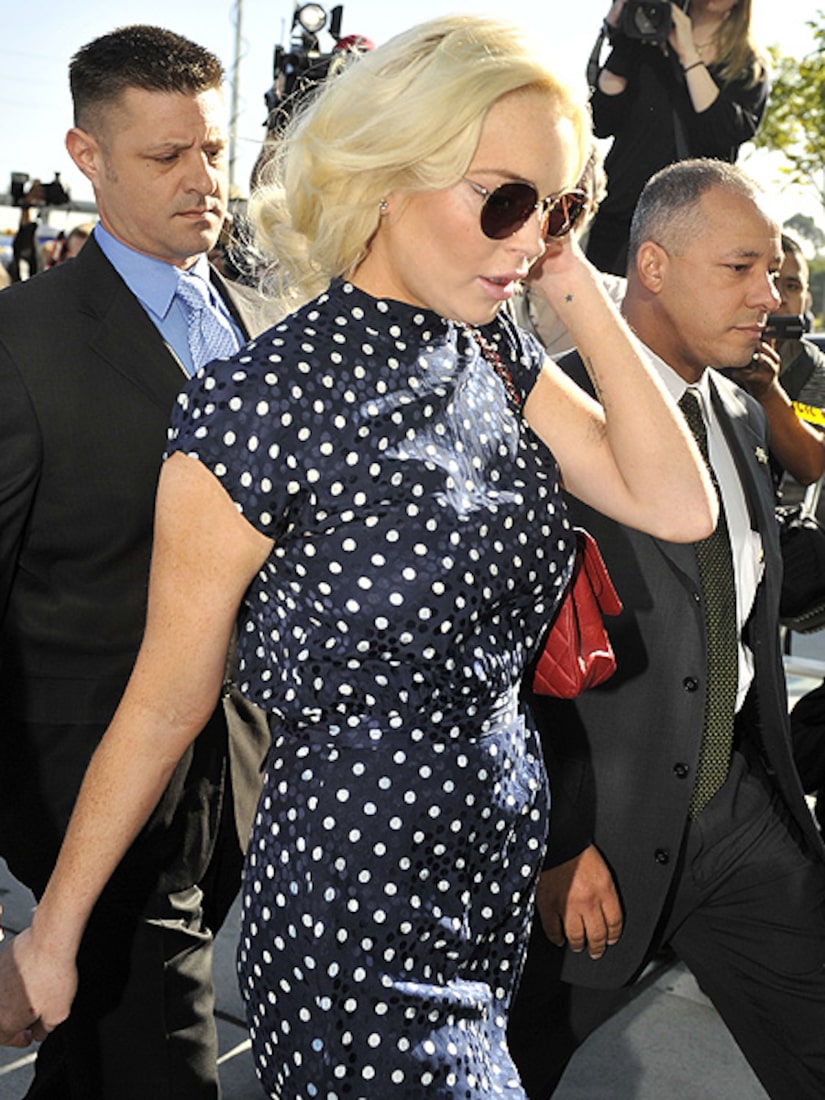 The troubled starlet admitted she violated her probation by not attending therapy sessions as required by the court, and by being rejected by the Downtown Women's Center for not being a proper role model.

Judge Stephanie Sautner outlined a strict schedule for the rest of Lohan's probation, including all of her community service to be served at the L.A. County Morgue and for her to attend several psychotherapy sessions. It must be completed by March 29 or Lindsay will go directly to jail for 270 days.

As for the 30 days required in a cell, the judge made it clear there would be no house arrest. The Sheriff's Dept. told TMZ LiLo will probably serve only 20 percent of the 30 days, equaling about six days in jail. Lohan was ordered to report to the jail in one week.

The judge made it clear the "keys to her jail cell" are in Lindsay's hands, and strongly suggested she stop tweeting about her experiences at the morgue.

Lindsay looked stylish in a black, polka-dotted dress as she appeared in court for her probation violation hearing. The actress was sentenced to 30 days in jail.

Lindsay Lohan headed back to court on a possible probation violation — and was let go on a technicality.In her most conservative outfit yet, Lohan has chosen black slacks with a blue button up blouse accessorized with a Chanel handbag.