As the fallout from Kim Kardashian's divorce continues, Kim's pal Brittny Gastineau was at The Grove, where she told "Extra's" Mario Lopez that the marriage between Kim and Kris Humphries was "definitely not staged."

Gastineau, who caught the bouquet at Kim's August wedding, said Kim and Kris were "definitely in love." She added, "Of course it's harder when you have so many cameras and people. Everything's under scrutiny."

A longtime friend of Kardashian, Brittny speculates about what went wrong in the 72-day marriage. "I think it was very fast. Things happen in life and a lot of things go on inside the household that we don't see. He's a great guy. It all happened so, so, so fast." 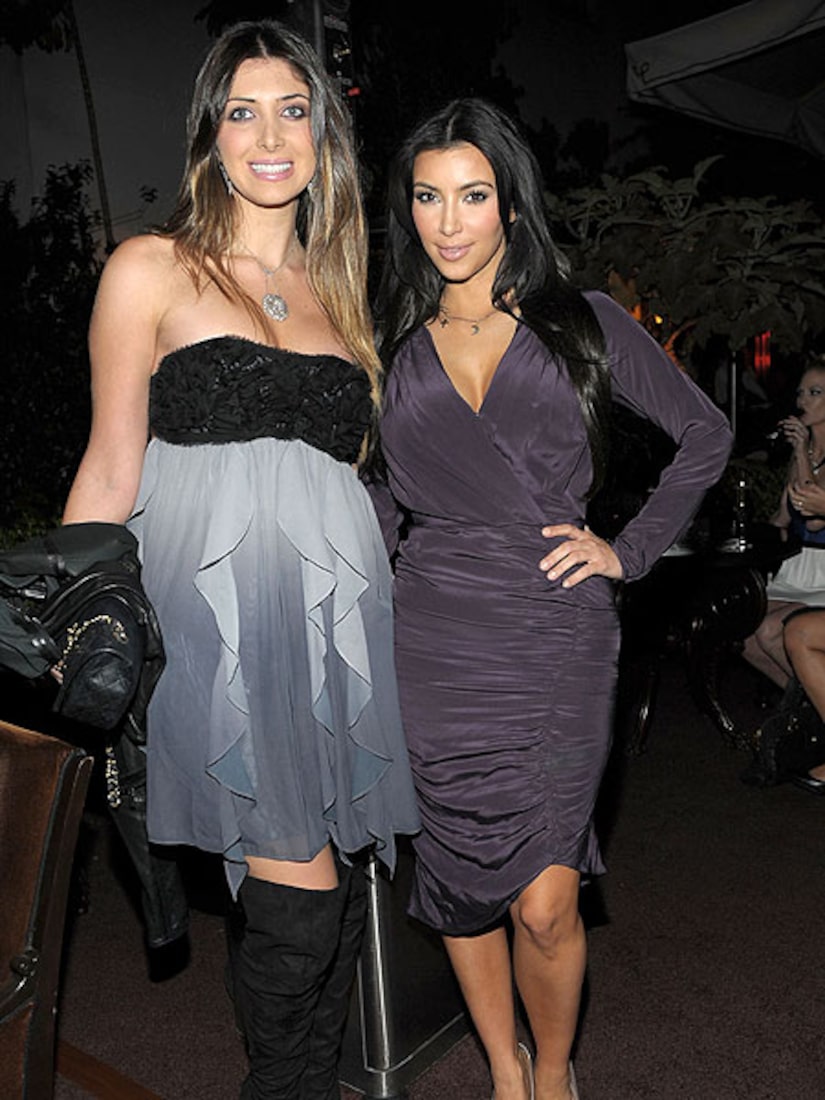 Quickie weddings seem to be a normal occurrence in the Kardashian household, with mom Kris Jenner marrying Bruce after five short months, and Khloe tying the knot with Lakers star Lamar Odom after only dating for a month. Jenner, who was on Wednesday morning's "Today," proudly said she's been married for twenty years, and two years later, Khloe is still happily wed to Lamar. 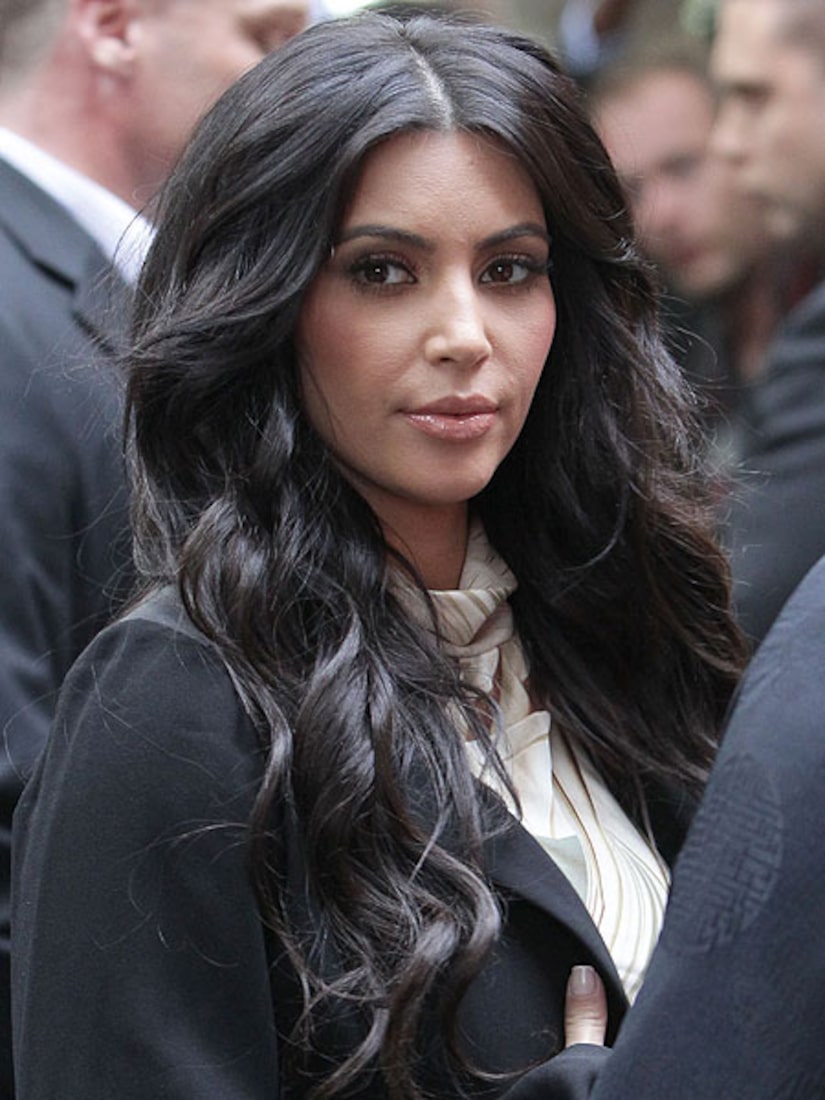 An emotional Kris Jenner teared up, saying, "It's a tough time for the family and everybody involved. It's really hard to go through this."

The Fairytale Ends Badly for Kim

Did going through a difficult time prompt Kim to reach out to her ex? PerezHilton.com reported that Kim may have had a secret lunch in NYC with footballer ex Reggie Bush on Saturday -- two days before she filed for divorce. A source close to Bush said the two reportedly met up at Bar Masa, and said, "[Kim] knew that Reggie was in town to play Giants, so she asked him to meet up for lunch." Coincidentally, Bush, who parted ways with Kim in March of last year, was dating Kardashian look-alike Melissa Molinaro -- who appeared in an Old Navy ad. 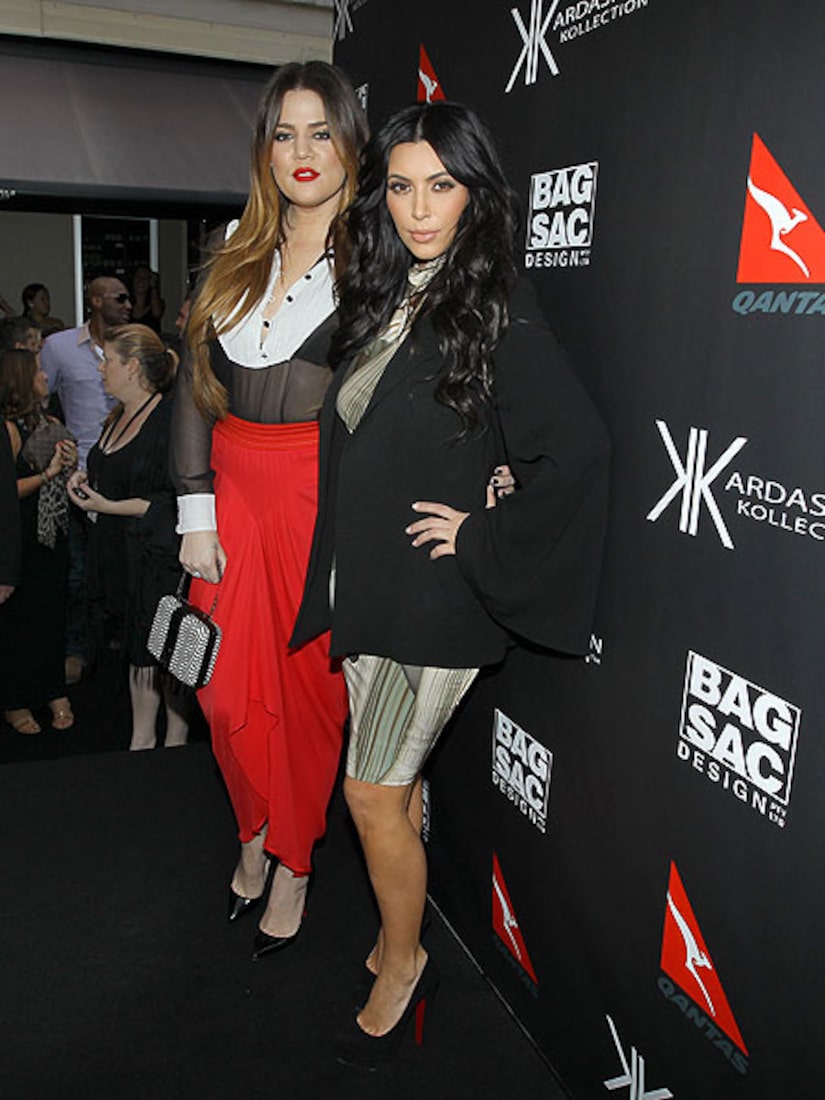 Video! Kim Speaks Out for the First Time Since Announcing Her Divorce

Meanwhile, a somber Kim was interviewed on radio show "Kyle and Jackie O," where she spoke out for the first time since the split. "I want to make clear that I would never marry for a TV show, for money... for anything like that, and I think that it's ridiculous that I even have to defend that."

Kim is in Australia with sister Khloe to promote a new line of handbags.

Kim Kardashian was born in Los Angeles on October 21, 1980 and is the daughter of late attorney Robert Kardashian and Kris Jenner.She is the second oldest of four, with older sister Kourtney and younger siblings Khloe and Robert.

In 2000 Kardashian married music producer Damon Thomas. They divorced in 2004.

Kim was partnered with Mark Balls on season 7 of "Dancing with the Stars," but was the third contestant voted off.

She rarely drinks alcohol, but when Kim does she enjoys sipping on a White Russian cocktail.