Talented actors Matt Damon and John Krasinski have teamed up to star in a legal drama they co-wrote, according to The Wrap. 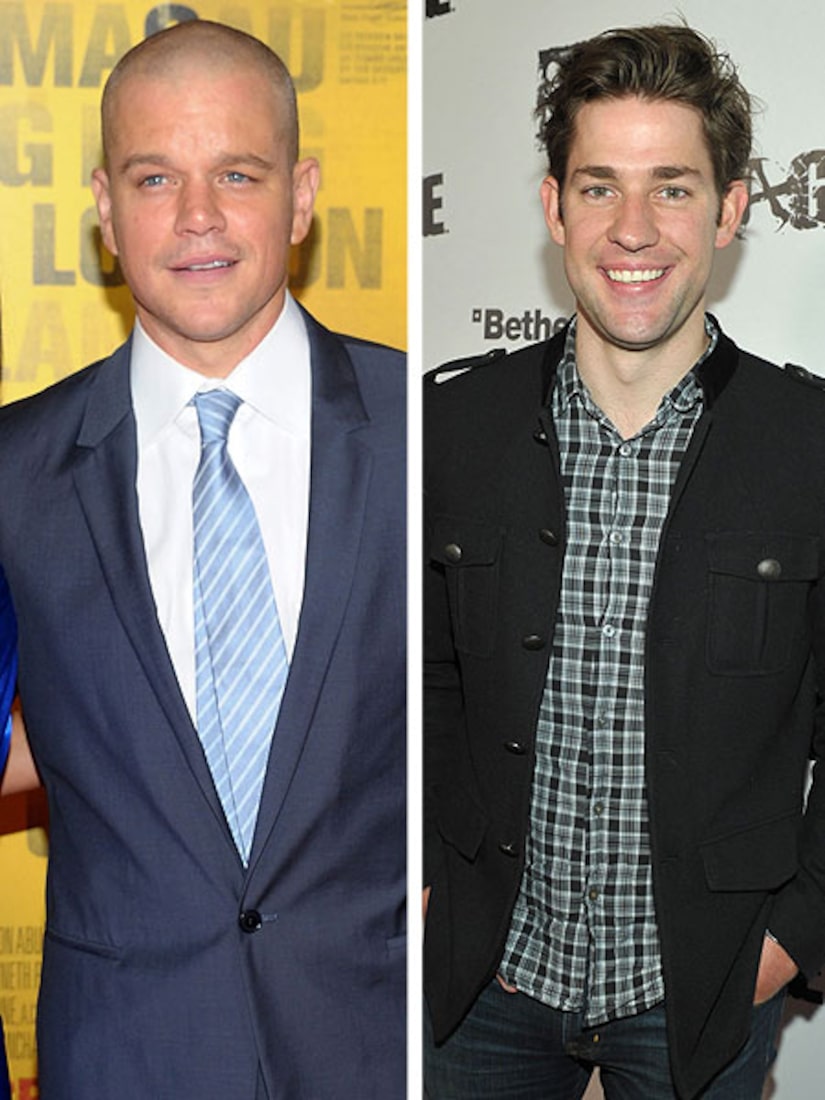 The plot involves a salesman (Damon) who "arrives in a small town only to have his whole life called into question."

Although the project is still in its early stages, Krasinski came up with the idea for the script and further developed it with novelist Dave Eggers. "The Office" star then approached his pal Damon to star, and direct it.

Both Damon and Krasinski expressed excitement over the film, despite both stars juggling busy schedules -- Damon has three upcoming movies: "We Bought a Zoo," "Elysium," and "Liberace," and Krasinski stars in "The Muppets" and continues his prankster role as Jim Halpert on "The Office."

Damon also has four daughters. John Krasinski and actress Emily Blunt married this past July (they were introduced by Anne Hathaway).