Rumors of another hot couple named Brad and Jen are buzzing around Hollywood! 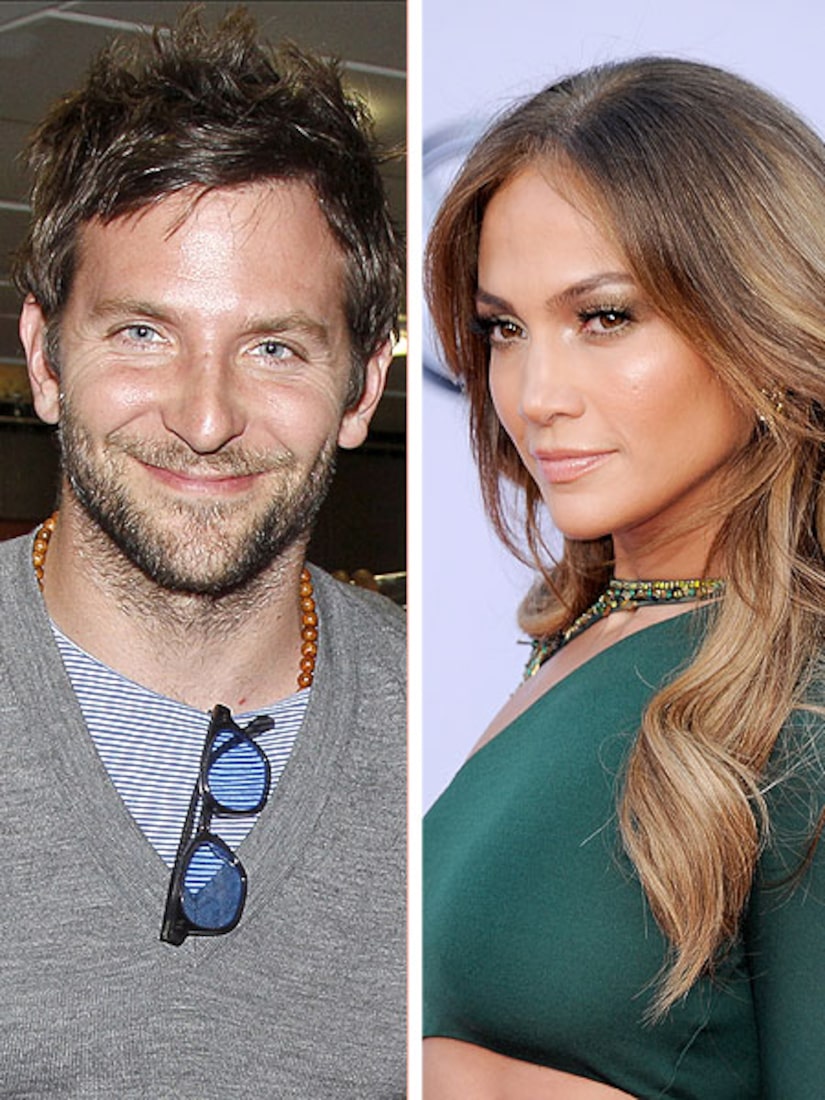 Spotted for the second time together in just a few weeks, Jennifer Lopez and Bradley Cooper were seen driving around town in Cooper's SUV. Bradley, 36, wore a cap and shades behind the wheel, while J.Lo, 42, shielded her face as she sat in the passenger seat.

According to TMZ, the Hollywood stars are "casually dating," after first reporting Lopez and Cooper were on a dinner date last month in New York City. Lopez's rep insisted the Big Apple meeting was strictly business-related, but after this weekend's casual drive together on the West Coast, many are speculating the single hotties are into each other.

A source told People, "She does like his attention and it makes her feel good that he seems so into her. She has a fun time with Bradley and he makes her laugh. She likes him."

Cooper was previously linked with actress Renee Zellweger - they broke up in March after a two-year romance.