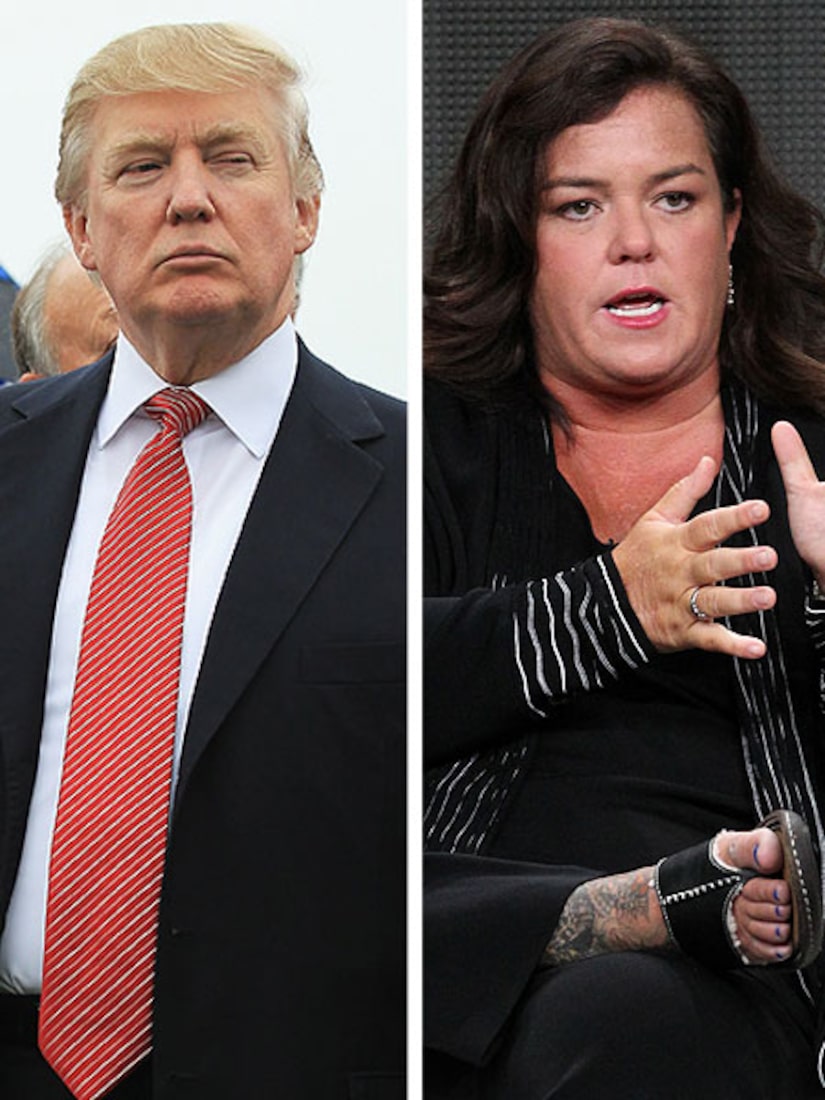 The Donald said he probably wouldn't be a guest on "The Rosie Show," but explained, "I'd like to see Rosie [be] successful, because it's good for Oprah." He added, "Rosie may be surprised to hear me say that!"

The billionaire spoke highly of Ashton and Demi, despite Kutcher's recent alleged cheating scandal. "I think those two are going to be fine. I hope they're going to be fine, because I know them both. They're great people."

When AJ asked what his thoughts were on the Wall Street protesters, Trump replied, "A lot of people are down there to find dates. I mean, I see it. I want to find out where they get their suits. They're the best-dressed protesters I've ever seen."