A man has been arrested for throwing a hot dog in the direction of Tiger Woods during the final round of the Frys.com Open in San Marin, Calif. on Sunday. 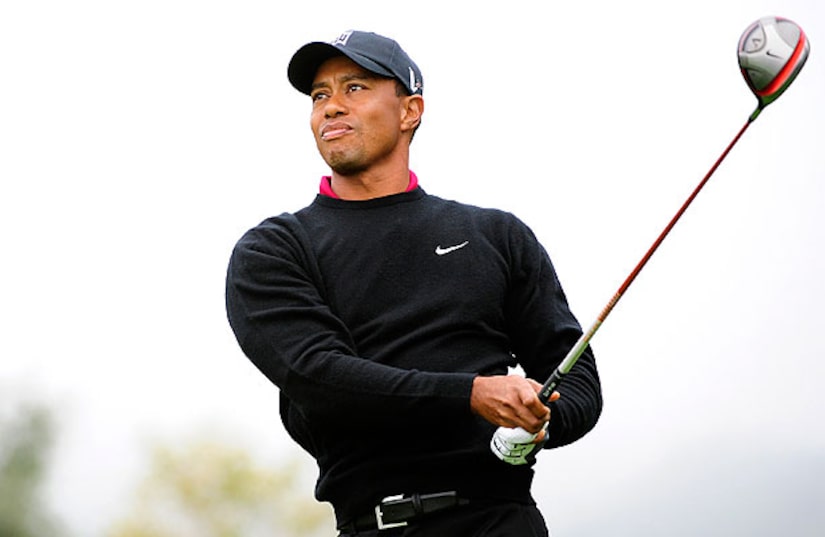 The dog and bun fell short, landing about 20 feet from where Woods was standing.

"Some guy just came running on the green, and he had a hot dog," Tiger explained after the tournament. "I don't know how he tried to throw it, but I was kind of focusing on my putt when he started yelling. Next thing I know, he laid on the ground, and looked like he wanted to be arrested."

As Tiger prepared to put on the seventh hole, the man with the foot long ran toward the pro golfer and yelled out, "Tiger!" Woods resumed his putting as if nothing happened, but missed the shot.