Actress Demi Moore was spotted ducking out of the rain at a Los Angeles nail salon Wednesday, and despite rumors of her husband Ashton Kutcher's infidelity, Demi still had her wedding ring on.

Check out the pic, courtesy of X17Online.com. 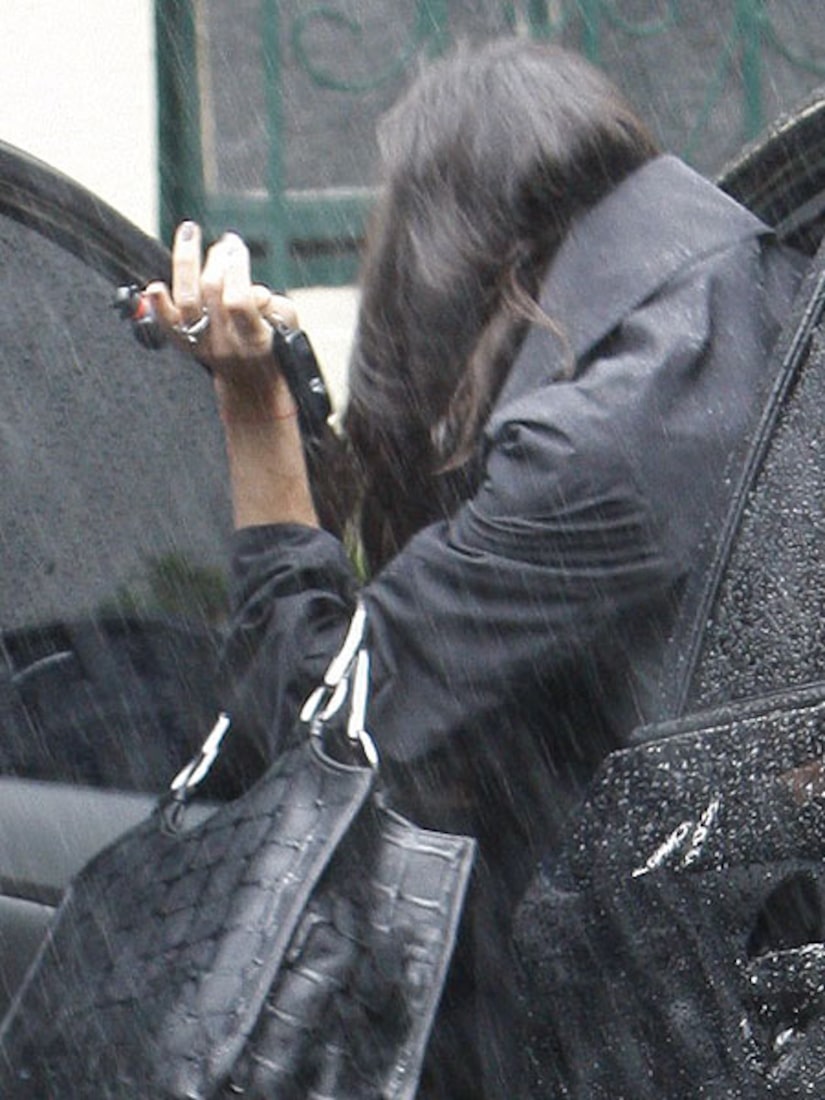 Kutcher was also seen last week wearing his wedding ring. The prolific tweeter wrote Wednesday, "Relationships must be chosen wisely. It's better to be alone than to be in bad company. There's no need to rush. If something is meant to be, it will happen -- in the right time, with the right person, and for the best reason."

The two were last seen together Friday, attending Rosh Hashanah services at a Kabbalah Centre.

The "Two and a Half Men" star reportedly spent the weekend of their sixth wedding anniversary in San Diego, partying with buddies, and is rumored to have had an affair with 23-year-old Sara Leal.